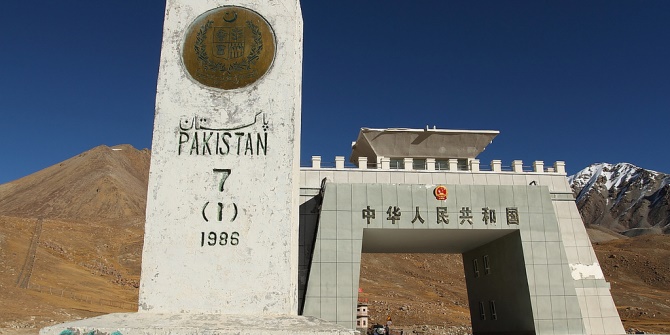 What can we expect from the JCC?

The two-day Joint Cooperation Committee (JCC) meeting of the China-Pakistan Economic Corridor (CPEC) sets the stage for the second phase of the multibillion-dollar cooperation between the two nations.

It attempts to formalise the future roadmap for industrial and economic collaboration involving special economic zones along the CPEC stretch in Pakistan and adopt a Long Term Plan (LTP) 2030.

The main focus of the seventh JCC will remain special economic/industrial zones even though all the five joint working groups (JWGs) — Gwadar, energy, transport infrastructure, special economic zones and planning — would meet on the first day (today) to remove any irritant and suggest the way forward.

The JWGs comprise secretary-level officials of the two countries. The new projects, mostly small to medium size, will be finalised by these groups for inclusion in the overall portfolio. 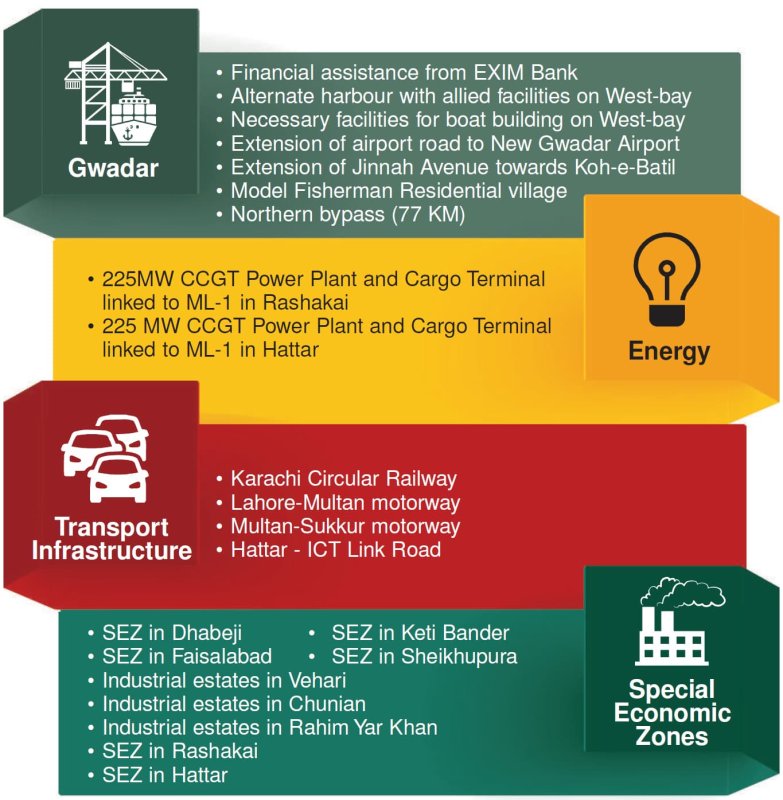 Even though Pakistan had originally lobbied for its financing, it has already been settled in recent interactions that the $14 billion Diamer-Bhasha Dam would not be made part of the CPEC because of unacceptable demands from Beijing for the transfer of its ownership.

The key projects expected to formally become part of the CPEC are $8bn Main Line-I (the 1,875km railway line from Karachi to Lahore to Peshawar) and $3.5bn Karachi Circular Railway. The financial appraisal of these new projects has been completed and their future course of action will be approved.

On the second day, the JCC — led from the Chinese side by vice-chairman of the National Development and Reforms Commission (NDRC) and from the Pakistani by Minister for Planning Development and Reform Ahsan Iqbal — will meet all the four chief ministers, heads of regional governments and the Federation of Pakistan Chambers of Commerce and Industry.

The JCC will take recommendations finalised by the JWGs, and formal agreements would be signed for most of the projects cleared by the sixth JCC meeting held in Beijing last year.

A cabinet committee on the CPEC presided over by Prime Minister Shahid Khaqan Abbasi has already cleared the proposals for the fresh projects and nine SEZs that would be offered 15- to 20-year tax holidays in case investment is made before 2020.

The Board of Investment would sign an overarching agreement with its Chinese counterpart for all the nine SEZs on behalf of the provinces and regional governments, ie Azad Jammu and Kashmir (AJK), Federally Administered Tribal Areas (Fata) and Gilgit-Baltistan (GB).

Under the road map, the Chinese side would start investing in the SEZs immediately after JCC’s clearance to avail benefits of tax exemption.

There is a strong possibility that Chinese institutions and the private sector will pick a dedicated SEZ or industrial park, most probably Rashakai near Nowshera owing to its compact feasibility and 100 per cent 1,000-acre land acquisition, and another at Maqpoondas in GB for its close proximity with Kashgar in Xinjiang.

There are indications that because of its feasibility study, the availability of relevant raw material and infrastructure access, the Chinese would offer to develop the Rashakai SEZ on their own for industrial units relating to fruit, textile and packaging.

Almost all the provincial and regional governments have submitted their feasibility studies, except Balochistan which has yet to complete the task.

The initial plan is flexible and is aimed at starting work immediately in those SEZs and projects which are ready and to chip in others as they get ready.

The special economic or industrial zones also include the Dhabeji economic zone in Sindh, for which 1,000 acres have been earmarked, whereas the development of an industrial park on 1,500 acres of Pakistan Steel Mills’ land at Port Qasim is awaiting land transfer.

One challenging aspect of the CPEC is the availability of portable water for Gwadar Port City, for which authorities are running from pillar to post. Against the requirement of 12 million gallons per day (MGD) for the port city, the authorities have been able to ensure around 1MGD for now. The supply would be increased to 5MGD with the installation of a desalination plant in six to 10 months.

As for the Long Term Plan, the draft has already been finalised by the two sides under which CPEC should take an initial shape by 2020, addressing major bottlenecks to Pakistan’s economic and social development, and for the CPEC to start boosting economic growth for both countries.

“By 2025, the CPEC building shall be basically done, the industrial system approximately complete, major economic functions brought into play in a holistic way, the people’s livelihood along the CPEC significantly improved, regional development more balanced and all the goals of Vision 2025 achieved,” says the LTP.

The LTP envisions the two countries striving for synchronisation and reciprocity of economic development.

China’s key objective is to gain the quality and efficiency improvement of the textile and clothing industry, expand its size and increase the supply of high value-added products, and in the process promote the Kashgar Economic and Technological Development Zone, and Caohu Industrial Park to adopt means like export processing.

On the Pakistani side, the key objective is to expand cooperation in the appliance industry, promote Pakistan’s industries from assembling imported parts and components to localised production of parts, and encourage various forms of Chinese enterprises to enter the Pakistani market to improve the development of energy efficient appliance industry.

It also envisages industrial capacity cooperation in sectors such as chemicals, engineering, agro, iron and steel and construction materials, and the of use efficient, energy-saving and environmental friendly processes and equipment to meet the demands of Pakistan’s local markets while further expanding into the international market.