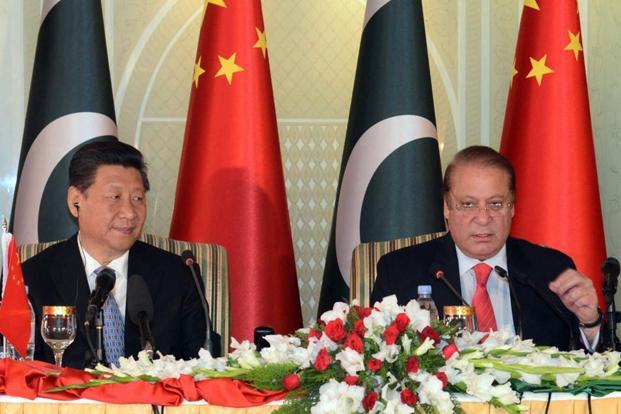 Why we don’t need an FTA with China

Pakistan has missed a self-imposed deadline for deepening trade liberalisation with China in April because of stiff resistance from the business community.

The PML-N constituency consists mostly of businessmen from urban areas of Punjab. Therefore, the incumbent government cannot afford to take a decision to further liberalise 67 per cent of Chinese trade volume under the second phase, a move that may have send a negative message to voters.

The deferment is the outcome of both business pressure and economic justification.

While the Chinese sides has initially hinted at concessions on these items, in the 10th round held last week in Islamabad, the Chinese delegation declined Pakistan’s request. This was also one of the reasons for delaying the second phase.

The only agreement that reached during the last round was willingness from China to restore the eroded margin of preference on Pakistan’s top 57 priority export items immediately upon entry into the second phase.

Pakistan and China started negotiations on the second phase of the Pak-China FTA in 2011. So far, 10th meetings have been held in this regard. China was not willing to offer Pakistan substantial market access on items of Islamabad’s interest.

An official analysis of the commerce division shows that while Pakistan’s exports to China increased from nearly $575 million in 2006-07 to around $2.6bn in 2012-13, they have since then experienced a decline.

One of the main factors for the decline was China’s subsequent FTAs with other countries/regions, especially with ASEAN in 2010-11, allowing Pakistan’s competitor Vietnam and India much deeper concessions thereby eroding the country’s margin of preference.

While it is possible that changes in tariff are solely responsible for the decline in exports to China, an oft ignored factor is the overall decline in cotton yarn production that the country faces, since Pakistan’s major export item to China was cotton yarn/fabric. The unpredictability in supply from Pakistan seems to have been filled-in by Vietnam and India.

Secondly, the main export basket reveals that Pakistan was a major exporter of raw materials and semi-finished products to China as, in the first phase of FTA, China did not help to encourage or accelerate export of value added products from Pakistan.

Thirdly, the Pak-China FTA also did not help to enhance domestic production. Instead exports of these products were diverted from other countries to China because of preferential duties. And the products identified for the second-phase will also discourage the re-location of industries in the special economic zones.

Tariffs are no longer the main tool to increase exports. Product sophistication, innovation, and predictability in supply are essential to achieve the target.

On the other hand, imports from China increased from around $3.5bn in 2006-07 to nearly $14bn in 2016-17, exhibiting an increase of almost $10.5bn. The commerce division analysis reveals that around 40pc ($5.6bn) of this increase was registered in those products which had little or no concessions and hence cannot be attributed to the FTA.

The remaining 60pc constitute capitals goods and intermediate/raw materials which attract the zero per cent duty. “We cannot stop the surge in imports from China despite slapping regulatory duties”, a tax official said, adding the major threat to Pakistan’s economy is from under-invoicing from Chinese exporters.

The trade deficit with China will go up whether Pakistan opts for the second phase or not. The analysis reveals that the surge in imports was witnessed in mostly those products which are not under the first FTA.

It is therefore not imperative that Pakistan push further to deepen concessions for the Chinese as it will be at the cost of local industries.

While the commerce division states that the country shall regain market access for its raw materials, especially cotton yarn/fabric, the changing realities must not be ignored. Tariffs are no longer the main tool to increase exports. Product sophistication, innovation, and predictability in supply are essential to achieve the fact.

During the first three years of implementation of Phase-I, both sides reduced tariffs on almost 36pc tariff lines to zero per cent duty. The second phase was supposed to commence from 2013.