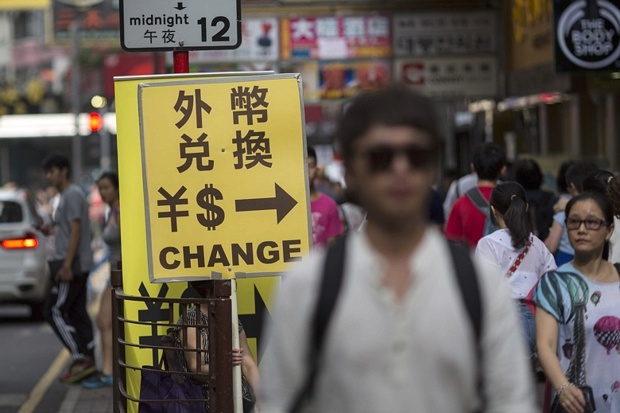 As trade ministers from 12 Pacific Rim countries continue to negotiate the Trans-Pacific Partnership (TPP) deal, China’s recent currency devaluation has sparked a debate over the inclusion of currency manipulation controls in global trade agreements. China is not currently part of the TPP, however, the agreement includes a mechanism for allowing other countries, including China, to join the agreement in the future.

Opponents of the TPP are citing China’s currency devaluation as one more reason to oppose the deal and are urging the Obama administration to insist on adding currency rules to the TPP. Labor unions, which have been pressuring congressional Democrats to oppose the deal over worker protection issues, have raised alarms about the impact on American jobs and workers. According to AFL-CIO president Richard Trumka, “China’s currency manipulation lowers the wages of Chinese workers and lowers manufacturing costs in China, creating an unfair trade advantage that has already cost millions of American jobs and closed thousands of American factories.”

Vietnam’s subsequent move to devalue its currency in response to China’s actions further sparked vigorous rhetoric over the lack of currency manipulation controls in the TPP negotiations. Vietnam is one of the 12 countries participating in the TPP. Rep. Rosa DeLauro (D-CT), who is campaigning against the TPP, said of Vietnam’s actions, “we will see time and again what we have seen over the past nine days: that when one country devalues its currency, it causes a domino effect throughout the region and American workers suffer the consequences.”

Members of Congress on both sides of the aisle have expressed concerns over currency manipulation in relation to the TPP. To address the issue, lawmakers included bipartisan language in the underlying Trade Priorities and Accountability Act (TPA) (PL 114-26) to elevate currency practices to a principal negotiation objective for the TPP. The TPA also calls for enhanced transparency, disclosure, reporting, monitoring, cooperative mechanisms, and enforceable rules for unfair currency practices in the TPP.

With members of Congress – especially moderate Democrats – already under pressure from labor unions to oppose the final trade agreement, it remains unclear whether the currency devaluation issue will cause a significant number of lawmakers to oppose the TPP if it does not contain strong provisions to prevent currency manipulation. Congress will need to approve the final agreement, and losing any of the 28 House Democrats who supported the underlying TPA legislation could spell trouble for the Obama administration.