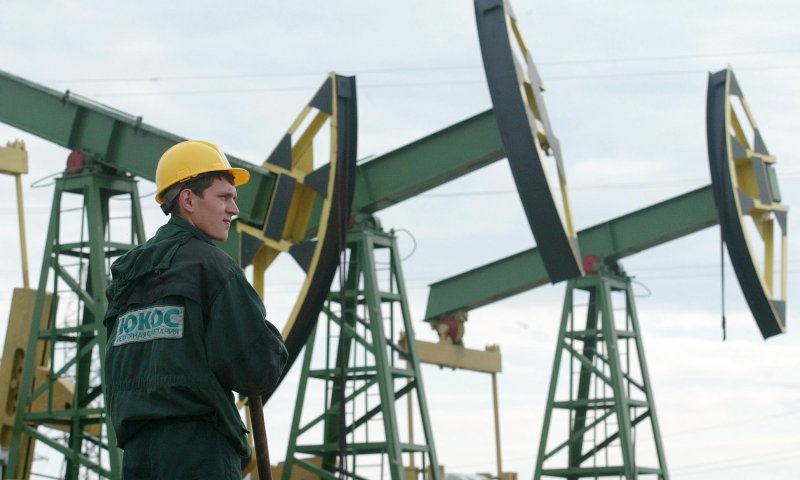 It is over a decade since the Russian tax authorities first conducted a high profile investigation into the tax affairs of OAO Neftyanaya Kompaniya Yukos (Yukos), Russia’s then largest oil and gas company. Yukos was found to owe over US$25bn in additional taxes, interest and fines and the investigation ultimately lead to the imprisonment of Mikhail Khodorkovsky, Yukos CEO and at that time the richest man in Russia. The ensuing bankruptcy of Yukos led to multiple proceedings taking place all over the world. A number of these proceedings have now run their course and have resulted in quite staggering awards against the Russian state. Attempts are underway to enforce these awards. This article summarises the proceedings and contemplates the next steps in this long-running saga.

The claim was brought under a treaty between the UK and the former USSR, which provided that the UK and USSR governments would provide certain minimum levels of protection to investors from each other’s state investing in each other’s territories (the UK-USSR Treaty). The arbitration proceeded under the procedural rules of the Stockholm Chamber of Commerce (SCC).

The Russian government argued that the UK-USSR Treaty should not apply to this type of case. It claimed that the UK-USSR Treaty did not give the arbitral tribunal the mandate and power to assess whether acts of the Russian government amounted to an act of expropriation. The arbitral tribunal itself disagreed and found, rather controversially, that it did. In doing so, the arbitral tribunal relied upon a so-called ‘most-favoured nation’ (MFN) clause, which the tribunal found allowed it to look to other treaties concluded by the USSR/the Russian Federation with other states, and apply the most favourable terms of those treaties to UK investors.

The claim was commenced in March 2007 under a treaty between Spain and the Russian Federation. As in the RosInvestCo matter, the arbitration was run pursuant to the procedural rules of the SCC.

Quasar claimed just US$2.6m plus interest, and in 2012 was awarded approximately US$2.03m (plus interest) by way of compensation. In granting the award, the arbitral tribunal stated that it was not a penalty upon Russia for illegal expropriation, but that it was simply an order to ‘pay for what it took’. In addition, the arbitral tribunal declined to order costs in Quasar’s favour.

The Russian Federation has also filed an appeal before the Swedish courts objecting to the jurisdiction of the arbitral tribunal, which to-date has been unsuccessful.

The most highly publicised claim is that brought by the 70 per cent majority shareholders in Yukos: Yukos Universal Ltd, Hulley Enterprises Ltd and Veteran Petroleum Ltd, all with shared beneficial ownership. While the three companies comprising the majority shareholders commenced separate proceedings, the arbitrations were heard together. Unlike the RosInvestCo and Quasar arbitrations, these arbitrations were administered by the Permanent Court of Arbitration in The Hague and conducted under the UNCITRAL Rules of Arbitration.

The majority shareholders brought their claim under the Energy Charter Treaty (ECT), a multilateral treaty that contains protections for investors. Controversially, the arbitral tribunal admitted jurisdiction to hear the claims, even though the Russian Federation has never ratified the ECT. In July 2014, the arbitral tribunal awarded the majority shareholders damages of over US$50bn, making it the largest arbitral award in history. The Russian Federation is challenging the arbitral award before the Dutch courts.

Despite the pending proceedings in the Dutch courts, the majority shareholders are already reported to have taken steps against the Russian Federation to enforce the award. It was reported that the majority shareholders had succeeded in freezing bank accounts in Belgium and France of (unknown) Russian entities and companies, as well as the accounts held by the Russian Embassy and Permanent Missions of Russia to the EU and NATO in Brussels.

The Russian foreign ministry in response declared this action to be ‘openly hostile’ and in ‘crude violation of recognised norms of international law’. It has since emerged that certain funds have been unfrozen. It remains to be seen what further enforcement steps will be taken, how relevant local courts will react and how such enforcement actions will proceed in parallel to the Russian Federation’s challenge of the US$50bn arbitral award before the Dutch courts.

Even earlier than the any of the above arbitrations, in 2004 Yukos itself commenced proceedings against the Russian Federation before the European Court of Human Rights (ECHR). The ECHR held by a majority in September 2011 that the Russian Federation was liable for certain violations of the European Convention on Human Rights, including the right to peaceful enjoyment of property and the right to a fair trial.

The ECHR later held in July 2014 that Yukos was due compensation of €1.9bn as a result of such violations. An application for appeal by the Russian Federation was rejected by the Grand Chamber of the ECHR in December 2014, at which point the ECHR’s July 2014 judgment became final.

Notably, the ECHR held that Yukos did not receive a fair trial and that the enforcement of the tax liabilities against Yukos were disproportionate, having regard to the speed at which tax assessment procedures were conducted and the sale of Yukos’ primary oil production subsidiary, Yuganskneftegaz, to satisfy tax debts. Nonetheless, the ECHR’s 2011 judgment referred to the ‘fraudulent character’ of Yukos’ corporate arrangements, which sought to evade lawfully payable tax. This led the dissenting minority to argue that the company’s wrongdoing barred it in equity from receiving compensation.

There have also been reports that US investors in Yukos have been lobbying the US government to pursue through diplomatic channels the issue of compensation by the Russian Federation. The US investors may not have another option, as there is no treaty in place as there was in the case of the RosInvestCo, Quasar and majority shareholders.

The main concern is what will happen with the US$50bn arbitral award and the €1.9bn judgment of the ECHR. It is expected that the majority shareholders will continue to take steps to enforce the arbitral award. When it comes to enforcement against the Russian Federation (or any government), issues arise because sovereign property is generally immune from enforcement. However, depending on a country’s rules on sovereign immunity, certain commercial assets owned by a government might not enjoy immunity from enforcement.

In the meantime, the appeal by the Russian Federation of the US$50bn award before the Dutch courts is of crucial importance and will also impact the on-going enforcement efforts of the majority shareholders.

As to the judgment of the ECHR, Russian authorities have to date made statements indicating that the Russian Federation has no immediate plans to make payment under that judgment. It remains to be seen what further steps are taken by European bodies as a result of Russia’s refusal to comply with the judgment of the ECHR. These might include infringement proceedings by the Council of Ministers of the ECHR, the suspension, and even possible expulsion, from the Parliamentary Assembly of the Council of Europe, as well as further political and economic sanctions.

One thing seems certain: the saga shows no sign of ending any time soon.