The case for a China trade deal
15-Feb-2005
The Howard Government is moving inevitably towards a free trade agreement with China. That is no bad thing. In the absence of any meaningful progress at the World Trade Organisation, a medium-sized economy such as Australia has few options but to pursue bilateral pacts with powerhouse economies such as China.
When FTA spells BSE: Trading away our food safety
12-Feb-2005 Public Health Association of Australia
Australia is fortunate to be one of few countries to remain free of BSE, the degenerative brain disease in cattle that causes the deadly variant CJD in people. But the Free Trade Agreement recently signed with the United States may change this.
US yet to act on FTA amendments
19-Jan-2005
The United States has yet to follow through on threats to challenge amendments made to the US-Australia Free Trade Agreement.
Vaile defends trade deals
18-Jan-2005
Trade Minister Mark Vaile today defended Australia’s free trade deals with foreign countries after a new World Trade Organisation (WTO) report said such agreements could be discriminatory.
Free trade: Time to take your partners
17-Jan-2005
Queensland could reap $1b a year from the Free Trade Agreement with the US, but it’s not going to be easy.
Australia-US FTA goes into effect
2-Jan-2005 The Age
The agreement was first mooted in November 2002 and has been strongly backed by Australian Prime Minister John Howard, who claims it as a major achievement of his government. But critics have derided it as a sell-out to US interests.
Frustrated Australia resorts to bilateral free-trade deals
2-Jan-2005 WSJ
Frustrated with global trade talks, Australia is using a slew of free-trade agreements to win business across the Asian-Pacific region.
US drug makers pressure Canberra
28-Dec-2004
US drug manufacturers are planning a New Year’s push to pressure Canberra to unwind initiatives to cut medicine prices. 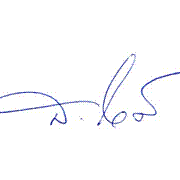 Milking Thailand: The Thai-Australia Free Trade Agreement
18-Nov-2004 Focus on the Global South
In Thailand, the Free Trade Agreement (FTA) debates were heated. Farmers and critics claim that Prime Minister Thaksin Shinawatra’s government sold out small farmers to their own big business interests. They took to the streets in protest while Thaksin lambasted them and obscured negotiation details.
Senate debate begins on Thai FTA deal
18-Nov-2004
Debate has begun in the Senate on laws enabling the Thailand-Australia Free Trade Agreement to take effect from next year.
FTA to create opportunities: Zoellick
18-Nov-2004
The free trade agreement (FTA) between Australia and the United States would create real economic opportunities in both countries for businesses, farmers, and workers, US trade representative Robert Zoellick said.
Trading in food safety? The impact of trade agreements on quarantine in Australia
12-Nov-2004 The Australia Institute
Australia has always enjoyed rigorous national food standards that were applied equally to both domestically produced and imported food. The capacity to maintain and apply these standards, however, is now being undermined by international trade agreements and procedures for settling trade disputes with a result that challenges to public health are being significantly increased.
Copyright inquiry could save FTA
8-Nov-2004
An inquiry into computer and television piracy could break the impasse threatening to delay the start of the free trade deal with the US.
Key free-trade deal deadline missed
5-Nov-2004
Australia and the United States have missed a key deadline for their free trade agreement but Australian Trade Minister Mark Vaile remains confident the deal will start as planned on January 1.
T Shinawatra, Aust partner await FTA
5-Nov-2004 The Nation
T Shinawatra Thai Silk (Thailand) Co Ltd, a family business of Prime Minister Thaksin Shinawatra, is negotiating with an Australian fashion designer to form a joint venture that benefits from low import tariffs under the Thai-Australia free-trade agreement.
0 | ... | 1200 | 1220 | 1240 | 1260 | 1280 | 1300 | 1320 | 1340 | 1360 | 1380
Subscribe to bilaterals.org weekly