Bahrain loses case against Iran banks
1-Dec-2021 Financial Tribune
Bahrain has been ordered by the Permanent Court of Arbitration in The Hague to pay over €200 million in damages plus costs to two Iranian banks for the unlawful moves against their operations.
Pakistan, Bahrain agree to negotiate CEPA
30-Jul-2021 The International News
Pakistan and Bahrain agreed to start talks on a free trade agreement for trade liberalisation and increasing the volume between the two countries.
Pakistan, Bahrain to sign MoU for promotion of bilateral trade, investment
27-Jul-2021 Profit Pakistan Today
Pakistan and Bahrain will sign a memorandum of understanding for the promotion of trade and investment opportunities during the second session of Pak-Bahrain Joint Ministerial Commission. 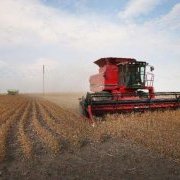 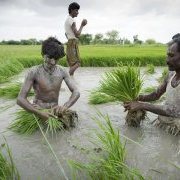 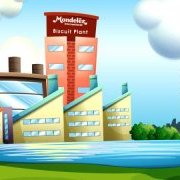 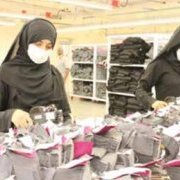 US deal expiry may hit textile firms
28-Apr-2015 Gulf Daily News
Textile factories in Bahrain fear they could lose millions of dollars in trade and thousands of jobs could go if a tariff agreement with the US is not renewed next year.
US company is seeking extension of FTA clause
27-Jun-2014 Gulf Daily News
West Point Home, a leading textile manufacturer in the US, is using the offices of American Chamber of Commerce Bahrain to advocate extension of the tariff preference level of the free trade agreement between the US and Bahrain.
Key US-Bahrain FTA ’has no expiry date’
28-May-2014
Debunking rumours, US Deputy Chief of Mission in Bahrain Timothy Pounds has said that the free trade agreement (FTA) between Bahrain and the US does not have an expiry date and is here to stay.
Pakistan, Bahrain to sign BIT
17-Mar-2014 Business Recorder
Pakistan and Bahrain will sign Bilateral Investment Treaty (BIT) in addition to other pacts during the visit of King of Bahrain Hamad Bin Isa Al-Khalifa, official sources told Business Recorder.
Bahrain-US trade doubles over FTA
19-Nov-2013
Addressing a seminar at the Bahrain Chamber of Commerce and Industry (BCCI) in Sanabis yesterday, Industry and Commerce Minister Dr Hassan Fakhro said bilateral trade has grown from about $1.1 billion in 2006 to about $2bn last year, as Bahrain was given tariff-free access to the world’s largest economy, reported the Gulf Daily News, our sister publication. 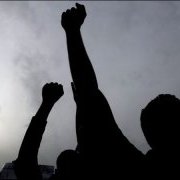 Bahrain hits back at claims over FTA
14-May-2013 Trade Arabia
Bahrain has hit back at accusations it could have breached its Free Trade Agreement with the US as regards workers’ rights. 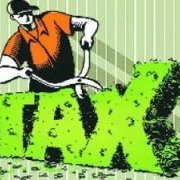 Importers ‘misusing Bahrain’s FTA with US’
22-Apr-2013 Trade Arabia
Importers in Bahrain have been accused of trying to misuse the kingdom’s Free Trade Agreement (FTA) with the US to avoid paying taxes, a report said.
Paul Ryan-sponsored Bahrain trade agreement under scrutiny amid crackdowns
22-Aug-2012 Huffington Post
A spate of anti-democratic actions in the Persian Gulf nation of Bahrain have turned an unflattering spotlight on a six-year-old US free trade agreement sponsored and promoted by Rep. Paul Ryan, the Republican candidate for vice president.
Bahrain hires US lawyers to fight complaints over sacked workers
26-Jun-2011
Bahrain has hired a US law firm to tackle a complaint filed by the US’s largest trade union, threatening the kingdom’s bilateral trade agreement with the world’s largest economy.
Bahrain: MPs ban Israel links
29-Oct-2009 Gulf Daily News
MPs yesterday voted to jail for up to five years any Bahraini who deals directly with Israel and to resurrect the Israeli Boycott Office, closed to make way for the Free Trade Agreement with the US.
FTA talks chance for Bahrain firms
30-Aug-2009
Bahrain’s business community will get a say on the future of international trade with the US later this year.
Bahrain calls for stepping up free trade deal talks
13-Nov-2008
Bahrain yesterday called for GCC-EU member states to fast-track the Free Trade Agreement. "Such a deal would send GCC-EU economic co-operation to new heights," Bahrain Chamber of Commerce and Industry chairman Dr Essam Fakhro yesterday said.
FTA training for companies
6-Nov-2008
Bahraini businesses and commercial establishments are to be trained by United Nations experts on making the best use of the Free Trade Agreement (FTA) with the US.
GCC-EU FTA plan gets a fillip
29-Oct-2008
Bahrain yesterday exuded confidence that its current talks with Germany would expedite the signing of the much-delayed Free Trade Agreement (FTA) between the six-nation Gulf Cooperation nations and the 27-nation European Union that has eluded them for close to 20 years.
0 | 20 | 40 | 60 | 80 | 100
Subscribe to bilaterals.org weekly