The danger of trade agreements
5-Nov-2008 Phnom Penh Post
When Cambodia negotiates an FTA with a hegemonic power, it must use a template which confines the negotiations to trade matters only, says Jagdish Bhagwati 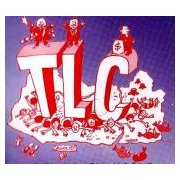 Trade battler tries to avoid a big crash
9-Sep-2008 IHT
Peter Mandelson once said he would be the last man standing in the marathon push for a global trade deal, but as his time as Europe’s trade chief ticks away, he may have to settle for smaller prizes.
The Doha deal breaker
5-Sep-2008 Gulf Times
In our free trade gone-wild world, property rights are being applied in areas where they have never before existed and may not pertain (such as intellectual products, services, biodiversity, genetics), and governments have not learned to use their sovereignty to advance multilateralism for both their individual interests and the global common good. There must be a new starting point, based on the recognition of an added dimension in world trade — the realisation that some goods are private (commercial), some are public (governmental), and others are common (for the benefit of people everywhere).
Bilateral trade-off
5-Sep-2008 WSJ
The latest sign that the postwar era of "multilateral" trade liberalization has ended came last week in Singapore.
Pacific civil society organisations statement on trade justice
20-Aug-2008
Pacific NGOs, churches and trade unions working on trade justice issues are concerned about the push for free trade agreements in the Pacific and the grave risk that these agreements pose for our people.
US family farmers applaud demise of Doha negotiations
15-Aug-2008 Common Dreams
"Farmers don’t export. Archer Daniels Midland and Cargill do. The corporate commodity groups are continuing to push for bilateral FTAs with South Korea, Colombia and pushed for the recent Peru FTA. Meanwhile they also scheme to keep in place a broken US subsidy system that allows US farmers to be paid below cost of production and agribusiness to dump cheap commodities into overseas markets, displacing farmers from Mexico to Indonesia to Ghana to Haiti, with no benefit to US farmers."
Labor to pursue bilateral FTAs
13-Aug-2008 The Australian
Kevin Rudd has vowed to "vigorously pursue" bilateral trade agreements on his latest swing through Asia following the collapse of the world free trade talks in Geneva.
Japan pushing JPEPA due to WTO collapse
6-Aug-2008
The collapse of the World Trade Organization (WTO) talks last week are pushing Japan to become even more aggressive in seeking bilateral and regional trade deals that advance its big corporate interests.
CKUT - Off the hour - collapse of WTO talks
6-Aug-2008
Interview with Aziz Choudry on the collapse of WTO talks in Geneva, and what’s happening with FTAs, aired on CKUT Radio’s Off the Hour, Tuesday edition, 5 August 2008.
Former USTRs talk trade
5-Aug-2008 WWD
Four former architects of US trade policy, sharing nearly 20 years of negotiating experience between them and spanning three administrations, laid out to Congress last week their blueprints for a future agenda.
Spotlight turns to EPA’s as Doha talks fail
2-Aug-2008
With the failure of the Doha development round trade talks fresh in everyone’s minds, the focus now shifts to the equally controversial Economic Partnership Agreements (EPA’s).
Trade winds are not blowing our way
1-Aug-2008
The World Trade Organisation negotiations to conclude the Doha trade round have broken down. Although Commerce Minister Kamal Nath prefers to treat it as a “pause, not a breakdown”, the prospects for salvaging them are dismal.
Collapse of WTO talks likely to trigger more FTAs
31-Jul-2008 Mcot
With a free trade deal under the World Trade Organization now appearing unlikely to be struck in the foreseeable future, a number of countries are expected to gear up for further enhancing free trade agreements on a bilateral or regional basis to expand their overseas markets, analysts said Wednesday.
S Korea to push forward bilateral FTA deals after WTO talks collapse
30-Jul-2008 Xinhua
South Korea will push forward bilateral free trade agreements as the global trade talks under the World Trade Organization finished without progress, South Korean Deputy Trade Minister Ahn Ho-young said Wednesday
Australia signs free trade deal with Chile
30-Jul-2008 FarmOnline
The collapse of the World Trade Organisation talks has prompted forecasts of a proliferation of bi-lateral free trade deals, such as that signed by Australia and Chile today. Australian Trade Minister Simon Crean said the FTA is a "high-quality agreement where commitments go beyond" what each country had committed at the WTO.
New Zealand firms urge bilateral trade pacts after WTO failure
30-Jul-2008 Earth Times
New Zealand business organisations urged their government on Wednesday to negotiate more bilateral and regional free trade pacts following the collapse of the World Trade Organisation talks in Geneva.
Canada to turn to bilateral agreements after WTO trade talks collapse
29-Jul-2008 Canadian Press
The federal government says it will aggressively go after bilateral trade deals with other countries after the collapse of nine days of talks on a comprehensive global trade agreement.
’Doha Round talks undermining regional integration’
29-Jul-2008 Swazi Observer
The ongoing Doha round of World Trade Organisation talks is seen to be undermining regional integration and economic development efforts by African countries, analysts have noted.
0 | ... | 40 | 60 | 80 | 100 | 120 | 140 | 160 | 180 | 200 | ... | 460
Subscribe to bilaterals.org weekly