Brussels pleads with countries to stay in the Energy Charter Treaty
4-Nov-2022 Energy Monitor
EU countries are voting with their feet, quitting the investor protection pact despite the EU’s efforts to reform it – but the European Commission warns it will be worse to be outside than in. 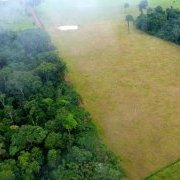 What Lula’s victory in Brazil should mean for the EU-Mercosur trade deal
3-Nov-2022 Greenpeace
After Bolsonaro, the European Commission, as well as some governments and industries in Europe will see an opportunity to push through the EU-Mercosur trade deal. But the agreement would be the exact opposite of what the Amazon needs.
Brazilian elections: Lula’s victory to revive EU-Mercosur agreement
2-Nov-2022 Euractiv
The much-criticised free trade agreement between the EU and the four Latin American countries in Mercosur is currently at a standstill but could be revived.
EU States start exiting the Energy Charter Treaty whilst African signatories increase
26-Oct-2022 African Climate News
African countries are increasingly becoming signatories to the ECT potentially tying the hands of government to freely design their climate policies.
Belgian environment minister supports withdrawal from Energy Charter Treaty
26-Oct-2022 Euractiv
Climate, Environment, Sustainable Development, and Green Deal Minister Zakia Khattabi reiterated her support for Belgium’s withdrawal from the Energy Charter Treaty during the EU’s Environmental Council meeting.
Slovenia ‘very likely’ to withdraw from Energy Charter Treaty
26-Oct-2022 Euractiv
Slovenia will follow the lead of countries such as the Netherlands, Spain and France and very likely withdraw from the Energy Charter Treaty, Infrastructure Minister Bojan Kumer announced. 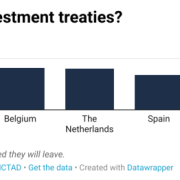 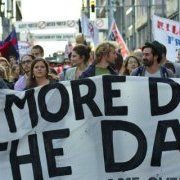 On trade, post-Brexit Britain is less transparent than ever
23-Sep-2022 Open Democracy
Australia deal and Energy Charter Treaty show why we must be able to hold government accountable for trade.
Newly released text for modernized Energy Charter Treaty shows too many potential obstacles for climate action
15-Sep-2022 IISD
The text of the agreement in principle to modernize the Energy Charter Treaty leaves unanswered too many crucial questions about the possibility of further fossil fuel carveouts and the exact timing of its entry into force.
Energy Charter Treaty modernisation text (Jun 2022)
13-Sep-2022
British investors could sue Australia over climate action if UK joins trans-Pacific trade pact
8-Sep-2022 The Conversation
It’s a portent of claims Australia may face from British companies invested in Australia’s fossil-fuel industries if the United Kingdom gets its way and joins the Comprehensive and Progressive Agreement for Trans-Pacific Partnership.
Poland drafts law to ‘terminate’ controversial Energy Charter Treaty
2-Sep-2022 Euractiv
The draft law on the “termination of the of the Energy Charter Treaty” and its protocols was agreed by the Polish government on 10 August and sent to the country’s lower chamber.
ECT: “ecocide” treaty puts Member States and EU Commission at odds
27-Jul-2022 Investigate Europe
European governments are still considering withdrawal from the Energy Charter Treaty, despite the EU Commission’s efforts to modernise the controversial pact, documents leaked to Investigate Europe reveal.
Germany bails out Uniper with multi-billion euro package
26-Jul-2022 Energy Voice
Germany has agreed to buy a stake in Uniper. The deal is subject to Uniper withdrawing a lawsuit against the Netherlands in connection with the Energy Charter Treaty. 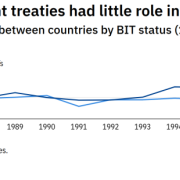 The Energy Charter Treaty has not aged well
18-Jul-2022 Energy Monitor
Despite warnings that new oil and gas fields must be banned for the world to decarbonise by 2050, treaty signatories will protect fossil fuel production for at least another decade.
Fossil fuel investment protection – it’s time for actions to speak louder than words
7-Jul-2022 Daily Maverick
Political leaders and companies who are major contributors to climate change have expressed increasing commitment to playing a role in addressing climate change, but there appears to be a gap between these sentiments and negotiations...
0 | 20 | 40 | 60 | 80 | 100 | 120 | 140 | 160 | ... | 340
Subscribe to bilaterals.org weekly