A number of actual or proposed bilateral and regional agreements, such as NAFTA and the Free Trade Area of the Americas already contain sections on competition policy. The aim of those pushing for competition policy to be included in free trade agreements is to curtail the discretion and flexibility of host governments in regulating the entry and operations of foreign firms, and to prevent any favourable treatment being given to domestic firms. Competition policy has been a key tool in economic development, North and South. New Zealand trade and investment analyst Bill Rosenberg comments: “The large industrial economies had effective protection from competition long after their industry took root, through explicit or informal rules, or from being first into a market. That greatly helped their development. They are now proposing to kick away the ladder they used, to prevent other countries from ascending it. The effect in the long run is to lessen competition.” This means exposing local businesses to competition with transnational corporations.

Meanwhile, many Third World governments have resisted further WTO expansion to draw in yet more issues into the international arena hitherto subject to domestic policymaking. The EU-led agenda on competition policy at the WTO has little to do with addressing the explosion of mergers and acquisitions of transnational corporations (TNCs) which have seen the consolidation of political and economic power and control in the hands of a few companies and increasing abuse of market power. Instead it would limit policy options of countries in the global South so that European corporations can break into new markets. And enforce domestic competition laws so that TNCs can operate in markets on the same basis as local firms. Meanwhile, the EU has also been criticized for insisting on the inclusion of competition policy in its Economic Partnership Agreements (EPAs) with African, Caribbean and Pacific countries. Malaysia’s competition policy has also been a significant point of friction in FTA talks with Washington.

Agreements on competition policy written into trade and investment liberalization agreements could lock countries into establishing new competition authorities or adjusting existing domestic competition regimes into a “one-size-fits-all” global policy framework. While burdening them with compliance costs such as creating new competition agencies and laws which may not be appropriate to their local contexts (not to mention overloading trade officials with a set of new and complex issues), it would prevent governments from using the same kinds of tools and flexibility to choose appropriate policies for their situations which the proponents of these agreements themselves have used in various stages of industrial development.

The ECOWAS Regional Competition Authority (ERCA) to coordinate ECOWAS Member States’ positions on the draft AfCFTA protocol on competition
31-May-2022 Ecowas
The purpose of the meeting was to bring together a number of ECOWAS Member States (Gambia, Nigeria, Senegal) and ERCA officials for a brainstorming on the draft AfCFTA Protocol on competition...
AfCFTA Secretariat: Conclusion of AfCFTA Phase II negotiations our priority
23-Apr-2022 Business Ghana
Mr. Mene said, concluding the outstanding negotiations and protocols -phases I and II in full, would create robust implementation of the Agreement. while significant progress had been made with agreement of 87.7 per cent of tariff lines. 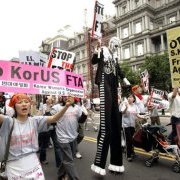 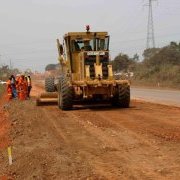 The African single market takes a step forward as the African Continental Free Trade Area Agreement becomes a reality
12-Apr-2019 Hogan Lovels
As a second step, negotiators will focus on rules pertaining to intellectual property rights, competition policy and investment, which they aim to finalise by June 2020.
RCEP - draft chapter on competition (Dec 2016)
22-Mar-2017 KEI
As leaked by KEI
EU-Indonesia FTA - draft competition chapter (December 2016)
14-Feb-2017 European Commission
As published by the European Commission
Iran and Middle East Countries – Indications of reducing trade relations
7-Jan-2016 Original media release on GACA, SA
Saudi Arabia Bans all flights to and from Iran The country cuts all commercial ties with Iran following attacks on its embassy in Tehran as tensions in the region grow. Sunni-led Saudi Arabia claims the killing was part of a war on terrorism – but it has sparked protests among Shia Muslims throughout the region. In response to attacks on its diplomatic missions, Saudi has ordered all Iranian diplomats to leave the country within 48 hours. Sunni allies Bahrain, Sudan and United Arab Emirates have also severed or reduced diplomatic ties with Iran. Their intervention represents another escalation in tension between the two branches of Islam.
EU-US FTA (TTIP) - draft provisions on competition (March 2014)
7-Jan-2015 European Commission
Published by the European Commission 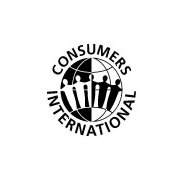 Consumers International releases three new papers on the TPP for the Lima round
20-May-2013
Consumers International (CI) has commissioned the production of three papers, the first on the competition chapter by one of our members, and the other two by independent experts, respectively covering the investment chapter and how it affects A2K, and the free flow of information provision and its impacts on privacy.
Development challenges of competition policy in the Economic Partnership Agreements
24-Sep-2007
A brief critique of the EU’s proposal on Competition Policy in the EPAs.
NMA seeks fair trade within Sacu
6-Mar-2007
The Namibian Manufacturers’ Association (NMA) has spoken out against competition issues and unfair trade practices in the Southern African Customs Union (Sacu).
The new ’Global Europe’ strategy of the EU: Serving corporations worldwide and at home
3-Dec-2006
Alert to European civil society groups, trade unions and social movements from the Seattle to Brussels Network
Competition provisions in Regional Trade Agreements
23-Aug-2006
Papers from a Yeditepe University conference on competition policy and regional trade agreements.
Competition provisions in regional trade agreements: How to assure development gains
23-Nov-2005 UNCTAD
During the last decade, Regional Trade Agreement (RTA) containing competition policy provisions have proliferated. These are part of a trend for ’deeper’ RTAs which often include articles for liberalizing trade in services, investment, labour and other trade-related provisions.
ASEAN talks hit a trade barrier
23-Oct-2005 The Age
Australia and New Zealand want a comprehensive free trade agreement with ASEAN, but some ASEAN nations have no competition policy, and reject any negotiations on intellectual property and government procurement.
AU’s Ministerial Declaration on EPA negotiations
30-Jun-2005 AU
EPAs should serve as instruments for development and poverty reduction. They must also support the deepening of intra-African trade.
’Singapore issues’ part of EU’s trade agenda: Lamy
11-Sep-2004 Jakarta Post
Investment, competition policies, and transparency in government procurement emerged during a recent meeting between trade ministers of the Association of Southeast Asian Nations (ASEAN) and the European Union aimed at seeking ways to boost trade and economic cooperation between the two regions.
Regionalism and the multilateral trade system
20-Apr-2004
Regional trade agreements (RTAs) are an integral part of international trade, accounting for almost half of world trade and expected to grow further in the next few years. These agreements operate alongside global multilateral agreements under the World Trade Organization (WTO), and have both positive and negative effects.
Subscribe to bilaterals.org weekly