A protest is taking place in Salisbury city centre today
19-May-2022 Salisbury Journal
Protestors will be gathering to march to the Rockhopper Exploration headquarters. The company is suing the Italian government for £236 million due to its refusal to allow oil drilling off the Adriatic Coast.
The danger of corporate courts to green transition
19-May-2022 Brig Newspaper
Global Justice Stirling is holding a rally against corporate courts in front of Buchanan Galleries in Glasgow.
Europe edging closer to withdrawal from Energy Charter Treaty
17-May-2022 Euractiv
More European Union countries have shown signs of impatience with the ongoing reform of the Energy Charter Treaty, which critics say impedes efforts to phase out fossil fuels, according to leaked diplomatic cables.

How treaties protecting fossil fuel investors could jeopardize global efforts to save the climate – and cost countries billions
6-May-2022 The Conversation
We estimate that countries would face up to $340 billion in legal and financial risks for canceling fossil fuel projects that are subject to treaties with ISDS clauses.
Serving of notice of dispute
5-May-2022 Ascent Resources
Amendments to the mining law in Slovenia which prohibit the use of any hydraulic stimulation in mining exploitation constitute further breaches of the protections established by the BIT and the ECT. 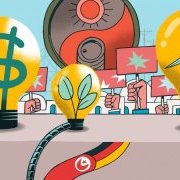 ‘Renewable’ energy in Tunisia: an unjust transition
1-Apr-2022 TNI
Following the principles set out in the ECT, the EU is seeking to deepen liberalization in order to standardize the Tunisian legislative framework through FTA negotiations.
Calls to ditch ’ecocide treaty’ after failed reform efforts
24-Mar-2022 EU Observer
Environmentalists and energy experts have been warning for years over an obscure trade deal that could lock Europe into decades of fossil fuel use. Energy Charter Treaty (ECT) reform: Why it has failed to deliver on the EU’s own objectives
4-Mar-2022 Both Ends
From a climate perspective, the expected reform outcome is a failure. No Contracting Party will end investment protection for fossil fuels in a timeline that is necessary to align with the Paris Agreement.
An energy investment treaty has been holding Nord Stream 2 hostage
28-Feb-2022 Climate Home News
The German government has been worried about being sued by the fossil fuel companies behind the Russian gas pipeline under the Energy Charter Treaty.
UK, Switzerland accused of undermining EU green treaty reforms
26-Jan-2022 Climate Home News
Campaigners say the UK and Switzerland are defending fossil fuel interests in Energy Charter Treaty modernisation talks to tempt firms to relocate their HQs. 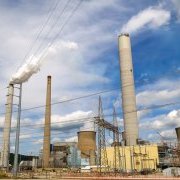 Energy Charter Treaty claim pushes Slovenia to weaken fracking rules
17-Jan-2022 Friends of the Earth Europe
A new example of how this secretive corporate court system is undermining climate and environmental policies of EU member states has been brought to light.
Cop26 targets pushed back under threat of being sued
17-Jan-2022 Capital Monitor
Countries party to the Energy Charter Treaty are under yet more pressure to reform the agreement following the Cop26 climate summit, as they weigh the benefits of climate action against the likelihood of getting sued.
Energy Charter Treaty: stalled reform fuels EU fears for climate
21-Dec-2021 Investigate Europe
European governments are losing patience in talks to modernise the controversial Energy Charter Treaty (ECT), according to leaked documents.
Investment governance in Africa to support climate resilience and decarbonization
13-Dec-2021 Afronomics Law
African nations should not be expected to take the lead in addressing a climate emergency they did not create. The priority for Africa is to receive support and investment to build resilience and adapt to climate impacts.
Landmark ruling reveals misuse of Energy Charter Treaty
18-Nov-2021 EU Observer
The Belgian Appeal Court delivered a landmark ruling in what Kazakhstan’s legal representatives described as "one of the biggest frauds in the history of international arbitration."
Governments risk ’trillions’ in fossil fuel climate litigation
16-Nov-2021 France 24
Governments which enact climate legislation risk being sued for trillions of dollars by fossil fuel companies seeking compensation for lost revenue and stranded assets. 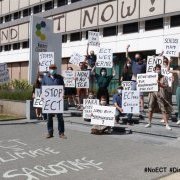