SoKor to step up FTA talks with PH
24-Nov-2020 Malaya Business Insight
South Korea has expressed intention to step up the pace of the negotiations on the proposed Philippines-Korea Free Trade Agreement (FTA), the Department of Finance (DOF) said in a statement.

S. Korea, Cambodia to hold 4th round of FTA talks
17-Nov-2020 Yonhap
South Korea will hold the fourth round of free trade talks with Cambodia this week as part of efforts to diversify its export portfolio in Southeast Asia. 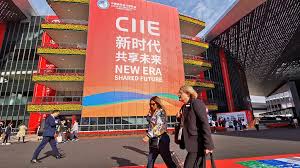 RI-South Korea trade deal sign of things to come
27-Oct-2020 The Jakarta Post
Indonesia is set to sign a trade agreement with South Korea and seeks ensure that a larger deal at the regional level will also be inked, as the country focuses on increasing overseas market access in the hopes of lifting its economy out of the mire of the pandemic.

S. Korea, China to discuss expanding bilateral FTA scope
26-Oct-2020 Yonhap News Agency
South Korea and China on Monday launched the ninth round of talks with China to bolster ties in the service and investment fields as part of their bilateral free trade agreement (FTA), which went into effect five years ago.

Israel-Korea free trade agreement to stress tech cooperation
23-Oct-2020 Globes
The soon to be signed agreement was delayed because of Korean political concerns that have been removed by Israel-UAE normalization.

FTA with ROK planned by end of year
5-Oct-2020 Phnom Penh Post
Cambodia and the Republic of Korea (ROK) have pledged to finalise their Free Trade Agreement (FTA) negotiations by the end of the year to increase trade and investment between the two countries.

India seeks market concession for rice, access for grapes, pomegranates from South Korea
18-Sep-2020 Economic Times
India will seek concessions for its rice exports to South Korea as Seoul levies a whopping 513% tariff on imported rice and buys rice from only five countries under its tariff rate quota regime. 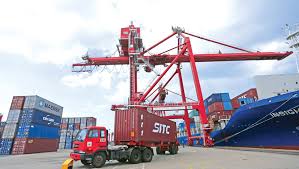 India’s import regulations target Korea after China: report
15-Sep-2020 The Korea Herald
South Korean exporters need to be on alert as India has been strengthening trade remedies such as anti-dumping measures to protect its industries, said a local trade association.

S. Korea seeks to launch formal FTA talks with Uzbekistan by year-end
14-Sep-2020 KBS World Radio
Finance Minister Hong Nam-ki said that South Korea seeks to launch formal negotiations for a bilateral free trade agreement with Uzbekistan by the end of this year. The minister unveiled the plan during a meeting with economy-related ministers in Seoul.
0 | 20 | 40 | 60 | 80 | 100 | 120 | 140 | 160 | ... | 2440
Subscribe to bilaterals.org weekly