Trade bill is a major concern for textiles
27-Sep-2006 Textile World
In a move that is strongly opposed by US textile manufacturers, the chairman of the House Ways and Means Committee has introduced legislation that will make major changes in the textile provisions of two trade agreements and also promote investments in African facilities by US companies.
Mexico’s corn farmers see their livelihoods wither away
31-Aug-2006 San Francisco Chronicle
An estimated 1.5 million agricultural jobs have been lost since NAFTA went into effect in 1994.
CEOs will focus on NAFTA region
20-Aug-2006
The region covered by the North American Free Trade Agreement will loom large as chief executives across all industries plot their growth in 2007, according to a survey commissioned by the New York Stock Exchange. The executives listed the US and China as the top two "strategically important" countries.
Massa rips free trade deals
9-Aug-2006
Congressional hopeful Eric Massa of Corning said Tuesday his opposition to "burn-down-the-barn free trade agreements" is the biggest difference between him and his opponent this fall, U.S. Rep. John R. Kuhl Jr., R-Hammondsport.
Politics of corn loom for divided Mexico
9-Aug-2006 ABC News
The disputed election has raised tensions over a pending NAFTA deadline to halt corn and bean import tarriffs.
Farmers in poorer southern region demand changes to free-trade treaty
7-Aug-2006 Charlotte Observer
Felipe Calderon’s contested, razor-thin victory in Mexico’s presidential election last month is likely to force his attention toward the underdeveloped south, where poor farmers want to renegotiate the North American Free Trade Agreement.
Thinking the unthinkable about Canada’s future
20-Jul-2006 Global Research
With the thorough integration of the Canadian and US economies through NAFTA, and a common military command and control structure, Canadian sovereignty will cease to exist by definition.
NAFTA agreement on trade in GMOs (2004)
18-Jul-2006 CBD Biosafety Clearinghouse
Agreement between the US, Canada, and Mexico with respect to the documentation requirements of the Cartagena Protocol on Biosafety pertaining to living modified organisms intended for direct use as food or feed or for processing (LMO/FFPs), signed in October 2004.
TSX CEO urges PM to discuss adding securities trading to free trade agreement
14-Jun-2006 Canadian Business Online
The head of Canada’s largest stock exchange wants Prime Minister Stephen Harper to discuss the possibility of adding securities trading to the North American Free Trade Agreement when he meets with US President George W Bush next month.
US and Korean labor say ’NO’ to NAFTA repeat
7-Jun-2006 Change to Win
Leaders of the four main labor federations in the United States and Korea — Change to Win, AFL-CIO, KCTU and FKTU — today joined forces to tell their governments to slow down negotiations of a US-Korea Free Trade agreement (KORUS FTA).
NAFTA hasn’t delivered: legislators
7-Jun-2006 CanWest
The North American Free Trade Agreement is "a continental tragedy" according to parliamentarians from Canada, Mexico and the United States who are fighting to replace it with a "people-centred approach."
Bush sends 6, 000 soldiers to the Mexican border. Where will Europe send its soldiers when the EPAs are signed?
1-Jun-2006 abc Burkina
You may be asking yourself: " what is an EPA? " Well, you are not alone. In fact I have just met with a European Member of Parliament who is no more au courant than you. And that’s worrying!
FIDH report on the effects on human rights of the NAFTA
18-May-2006 FIDH
The International Federation for Human Rights has published the report of a fact-finding mission on the effects on human rights of the North American Free Trade Agreement (NAFTA). The mission, conducted in Mexico between 22 and 31 of August 2005, looked specifically at the effects of NAFTA, ten years after its entering into force, on employment and working conditions in the Northern part of the country, in particular in the maquilas and in the informal economy. 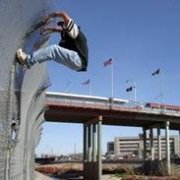 Blame NAFTA
13-Apr-2006 AlterNet
Thanks to NAFTA’s success, the flood of illegal immigration is up and the standard of living of the average Mexican is down.
Mexico, Canada have seen few benefits in US FTA, says report
10-Apr-2006
A state-run research center said Monday that some of the countries that signed a free trade agreement (FTA) with the United States have lost their export competitiveness.
Biosafety protocol alive, but restricted
19-Mar-2006 IPS
The Cartagena Protocol on Biosafety "is alive," although there were complaints about and criticism of modifications to the final agreement reached at the Third Meeting of the Parties to the Protocol (MOP3). The aim of the compromise that Mexico successfully pressed for is to not hinder the country’s free trade agreements with other countries.
Time is right for trade deals with Asia-Pacific
17-Mar-2006 Financial Post
With the world’s two big multi-country trade liberalization talks stumbling or moribund, Canada’s new government should fire up action on bilateral and smaller regional free-trade deals.
Hunger on the border
19-Feb-2006 ZNet
The labor side agreement of NAFTA hasn’t forced anybody to take responsibility. It’s not an effective guarantee of anyone’s rights.
Free trade fuels drug smuggling
13-Feb-2006 Houston Chronicle
US drug agents say that free trade with Mexico has had an ugly and unintended consequence: Just as legitimate business people have flocked to Nuevo Laredo, so have criminals.
Low prices force Mexicans from fields
30-Oct-2005 St Louis Post Dispatch
But in just over a decade, an estimated 1 million farmers in rural Mexico have lost their livelihoods.
0 | ... | 700 | 720 | 740 | 760 | 780 | 800 | 820 | 840 | 860 | 880
Subscribe to bilaterals.org weekly