While often overlooked, the European Free Trade Association — composed of Iceland, Lichtenstein, Norway and Switzerland — actively seeks comprehensive bilateral FTAs much like its rivals the EU, the US, Japan, Canada or Australia. EFTA’s outward push towards FTAs is led and dominated by corporate powerhouse Switzerland, home to some of the world’s biggest pharmaceutical, agricultural biotechnology, banking and insurance companies.

The group is currently negotiating FTAs with India, Indonesia, Thailand, Algeria and Pakistan. It is expected to launch talks shortly with Malaysia and Vietnam, while similar deals with Russia and Ukraine are planned for later. 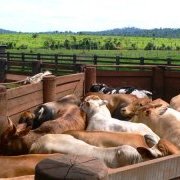 EFTA-Mercosur: another low blow to climate, peoples’ rights and food sovereignty
5-May-2021 GRAIN
Emissions from increased bilateral trade in 10 farm products are expected to go up by 15%, compared to 2019, if the EFTA-Mercosur free trade agreement is implemented.
What Indonesia’s palm oil is losing in Swiss trade deal
12-Mar-2021 The Jakarta Post
If Indonesia only focuses on the formal process in palm oil international trade, it may still lose the battle of public opinion that may risk its markets and consumers worldwide.
No more free rides in free trade deals
11-Mar-2021 Swiss Info
The Swiss narrowly voted in favour of a free trade deal with Indonesia on Sunday. Will future agreements also have to win popular support? EFTA insists on the UPOV clause in negotiating mandates for free trade agreements (FTAs)
4-Mar-2021 Swiss Coalition for the Right to Seed
EFTA’s response to the June 2020 open letter, supported by 250 organisations from around the world, is disappointing. EFTA maintains the UPOV 91 requirement in FTAs. The right to seeds therefore remains under pressure.
Palm oil in focus as Swiss vote on trade pact with Indonesia
2-Mar-2021 Reuters
Swiss voters will decide on a free trade agreement with Indonesia on Sunday, with lower tariffs on palm oil imports the main issue in what the polls predict will be a tight referendum.
Switzerland commits $65 million in development aid to Indonesia
26-Feb-2021 Swiss Info
The Swiss government has allocated grant funding of $65 million over a period of four years to the island nation, in order to promote inclusive and sustainable development. 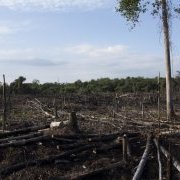