Critique of the Japanese government’s strategy to export wastes to developing countries
19-Dec-2006
A Citizen Groups Joint Statement of Opinion to the Japanese government on the inclusion of toxic wastes in Japan’s FTAs, such as JPEPA.
Japan parliament OKs Philippines free-trade pact
7-Dec-2006 NASDAQ
Japan’s parliament approved a free trade agreement with the Philippines on Wednesday, paving the way for the pact to take effect next spring, Kyodo News Service reports.
Senators in no rush to OK RP-Japan pact
6-Dec-2006 INQ7
The Philippine Senate isn’t keen on convening the committee of the whole to tackle the Japan-Philippines Economic Partnership Agreement (JPEPA) this month, further setting back the ratification of the economic deal.
“Davao pesticide poisoning to expand and increase with JPEPA!”-KMP and APC
3-Dec-2006
The militant Kilusang Magbubukid ng Pilipinas and the Asian Peasant Coalition lambasted the Tagum Agricultural Development Company, Inc. for causing the pesticide poisoning of at least 79 people in Davao del Norte, Philippines, stressing that "such poisonings would increase and expand when the Japan-Philippines Economic Partnership Agreement (JPEPA) is ratified.”
A critique of the Asian Peasant Coalition against JPEPA
29-Nov-2006
Filipinos will just be getting crumbs for all the trouble and hardship that this agreement would entail. We urge the rural people to oppose JPEPA, launch campaign, education and action against the one-sided agreement. We call on our fellow farmers in Asia, especially in Japan, to help us campaign against this pact.
House resolution filed urging Senate to junk JPEPA
27-Nov-2006
A resolution has been filed by the progressive party-list block in Congress urging the Senate to junk the controversial Japan-Philippine Economic Partnership Agreement for being ’one-sided, onerous and inimical to national interest.’ 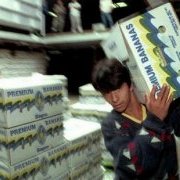 Furor over JPEPA: Will Davao’s banana workers benefit from it?
27-Nov-2006 Davao Today
Most of the bananas from Davao are exported to Japan by Japanese companies such as Sumitomo. These companies and their contract growers or affiliates in Mindanao will benefit from any lowered tariff under JPEPA, not the farmers and plantation workers.
Briefing Paper on the Japan-Philippines Economic Partnership Agreement (JPEPA)
24-Nov-2006
On December 11, 2003, Philippine President Gloria Macapagal-Arroyo and Japan Prime Minister Junichiro Koizumi agreed to formally start negotiations for a comprehensive bilateral agreement called the Japan-Philippines Economic Partnership Agreement (JPEPA).
DFA official: JPEPA not well-negotiated
10-Nov-2006 Daily Tribune
A senior Department of Foreign Affairs (DFA) official yesterday admitted that the Philippines may not have considered its national interest during the negotiations of the controversial free trade agreement with Japan signed last September.
Fair Trade Statement on JPEPA, October 2006
8-Nov-2006 Fair Trade Alliance (FairTrade-Philippines)
The Japan-Philippine Economic Partnership Agreement (JPEPA), signed on the sidelines of the Helsinki’s ASEAN-Europe Meeting (ASEM) held in September this year, sidelines the development needs of the Philippines and further enhances the imbalances in the economic relations between the two countries.
0 | ... | 150 | 160 | 170 | 180 | 190 | 200 | 210 | 220 | 230 | ... | 270