Patchwork of FTAs won’t do - Doha Round crucial
2-Sep-2004
World Trade Organisation (WTO) members have finally established a framework for negotiations to conclude the Doha Round. This is good news. Failure would have crippled or even killed the round, and marginalised the WTO as a negotiating forum.
TWN: Call to review bilateral trade deals
1-Sep-2004 Call to review bilateral trade deals
With a deal being struck at the World Trade Organisation on 31 July to revive negotiations, will the move towards bilateral trade agreements slow down?
Infected by the bilateral bug
26-Aug-2004
On the long trek to a fairer world for New Zealand exporters, 2003 was a year of one step forward, two steps back.
Now I know my F-T-A-s
24-Aug-2004 Now I know my F-T-A-s
The Free Trade Agreement between Australia and the United States - AUSFTA - may be all the rage for us, but for Americans (that is, those citizens residing in the American hemisphere as a whole, not just the USA) they have been getting used to all sorts of free trade agreements.
US free trade initiatives & their implications for the multilateral trading system
5-Aug-2004 US Free Trade Initiatives and their implications for the multilateral trading system
The rationale for regional integration between two or more countries would suggest that such agreements would need to be based on substantial trading interests. 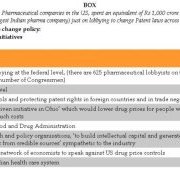 ’Free’ trade beyond the WTO
2-Aug-2004 Free trade beyond the WTO
Welcome to the brave new world of “Free” Trade. This is a world that extends beyond the World Trade Organisation. This may be difficult to comprehend, but the fact of the matter is that global capital, led by the US government, seeks more and more to tread where even the WTO did not.
Bilateral Treaties Undermine Rights
25-Jul-2004 Bilateral Treaties Undermine Rights
Bilateral trade treaties have hit stormy waters in recent weeks, drawing criticism from French President Jacques Chirac, a leading world economist and human rights groups alike.
The disease of the day: Acute treatyitis
20-Jul-2004 The disease of the day: Acute treatyitis
The efforts to establish global and regional ‘free trade’ agreements have met with considerable resistance. People around the world suffering the effects of so-called free trade have steadily built a movement to reject the dominant economic model.
US FTA fever may be overrated
16-Jul-2004
The trade-pact fever seems to be in full swing around the world, and Asia is in the thick of it.
CKUT Radio: From Thailand to Chile Resisting Capitalist Globalization
12-Jul-2004 http://www.radio4all.net/index.php?...
Radio documentary on bilateral free trade and investment agreements
0 | ... | 460 | 470 | 480 | 490 | 500 | 510 | 520 | 530 | 540 | 550