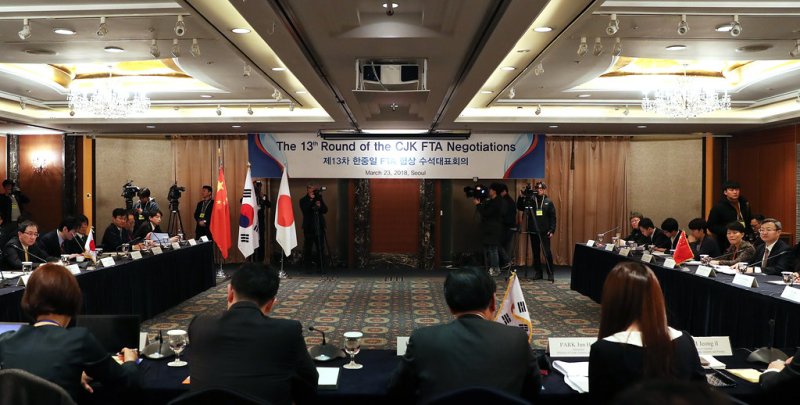 China-Japan-Korea investment opportunities studied
25-Feb-2005 China Daily
A joint study group, consisting of members from China, Japan and South Korea, issued a report recently on possible trilateral investment arrangements between the three countries, which recommended that a legal framework concerning investment among the three countries should be explored in the near future. Such an investment arrangement, if well operated, would give a fresh boost to the start of FTA negotiations.
Japan-S. Korea FTA faces stormy ride
18-Dec-2004 Yomiuri Shimbun
Negotiations to conclude a free trade agreement between Japan and South Korea are expected to face tough going because of ongoing disputes in specific areas of bilateral trade.
S. Korean lawmakers sound alarm over FTA with Japan
23-Oct-2004 Asia Pulse
A group of lawmakers from South Korea’s ruling party Friday joined the chorus of caution about the possible adverse impact of a free trade agreement (FTA) with Japan on the local market.
Joint Japan-China study to examine FTA impact
18-Oct-2004 Daily Yomiuri
The Japan External Trade Organization has established a joint research group with a Chinese government institute to examine the possible impact on the Japanese and Chinese economies of a bilateral free trade agreement. 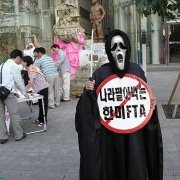