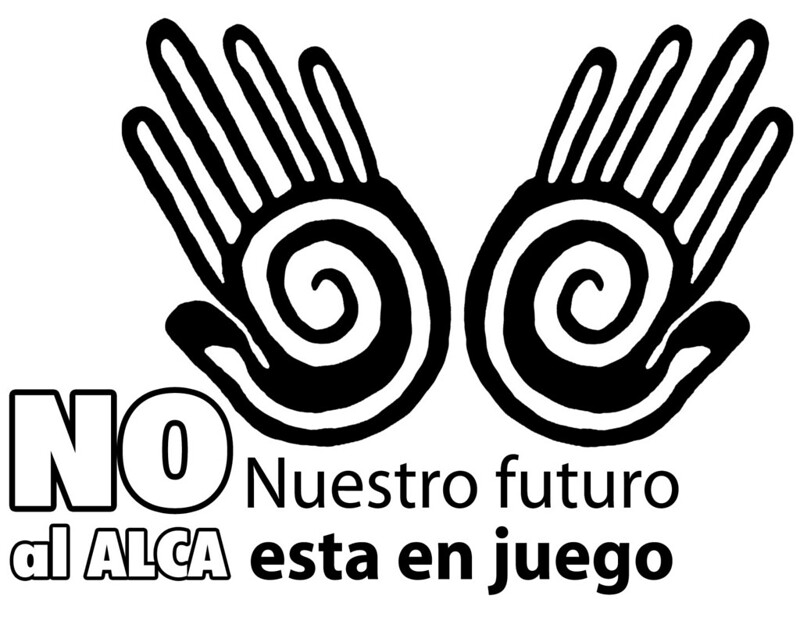 Cumbre de las Américas, Cumbre de los Pueblos y Marcha contra Bush
26-Oct-2005 Rebelión
Del uno al cinco de noviembre la ciudad turística de Mar del Plata vivirá acontecimientos y movilizaciones sin precedentes en su historia. Allí, a cuatrocientos kilómetros de Buenos Aires, se darán cita durante esos días la Cumbre de las Américas, la Cumbre de los Pueblos y la Marcha contra Bush. Las cifras son escalofriantes: decenas de miles de funcionarios argentinos para garantizar la seguridad, dos mil norteamericanos al servicio de la integridad del presidente de Estados Unidos y decenas de miles de manifestantes que se concentrarán para expresar su apoyo al presidente venezolano Hugo Chávez y su repudio al norteamericano George W. Bush
An eye for an eye? Disregarding fairness, disconnecting from the FTAA
18-Oct-2005 COHA
Latin American countries have rightly learned to be apprehensive over the domination of the United States, and it is this reluctance that is behind their slowdown over the FTAA.
The FTAA: A recipe for economic disaster?
16-Aug-2005 Political Affairs Magazine
As indicated by CAFTA’s ratification, instead of pushing for the enactment of the FTAA, the Bush administration has re-evaluated its strategy, now attempting to build up momentum by establishing separate free trade agreements with the different regions in the hemisphere through a "divide-and-conquer" strategy.
Fidel’s Presence at the Inauguration of the Fourth Summit of the Battle Against the FTAAs
28-Apr-2005 Granma, Cuba
The Fourth Summit on the Battle against the FTAAs was launched in the presence of the Commander-in-Chief Fidel Castro in Palacio de las Convenciones.
The Fourth Hemispheric Summit against the FTAA launches today.
27-Apr-2005 Granma
The current situation of the FTAAs negotiating process and the campaign of the people’s struggle against this annexation plan devised by the US Government will be analysed from today in the Fourth Hemispheric Summit of the Battle Against FTAAs.
Rice calls on Brazil to ’reenergize’ free trade talks
27-Apr-2005 Bloomberg
US Secretary of State Condoleezza Rice called on Brazil to "reenergize" talks with the US on the proposed Free Trade Agreement of the Americas.
Brazil says no to US plan for hemispheric free trade
21-Apr-2005 Canadian Press
Clinching a deal for a 34-country free-trade zone that would stretch from Alaska to Argentina is "off the agenda" for Brazil, President Luiz Inacio Lula da Silva said Wednesday.
FTAA: Missed deadline prompts efforts to restart stalled hemispheric trade negotiations
20-Apr-2005 GAO
The US Government Accounting Office was asked to analyze (1) progress made in FTAA negotiations since GAO’s last (April 2003) report (2) factors that have been influencing the FTAA’s progress; and (3) future prospects for the FTAA.
FTAA dead but not quite buried, say activists
12-Apr-2005 IPS
Activists and academics are singing the requiem for the Free Trade Area of the Americas (FTAA), a US-driven initiative that they say will soon be buried. However, the governments that have participated in the talks are not yet talking about failure.
What’s happening with the FTAA negotiations?
19-Mar-2005 HardBeatNews
By becoming an associate member of Mercosur, Cuba, at least indirectly, may have some influence in how the FTAA is finally formulated.
0 | 10 | 20 | 30 | 40