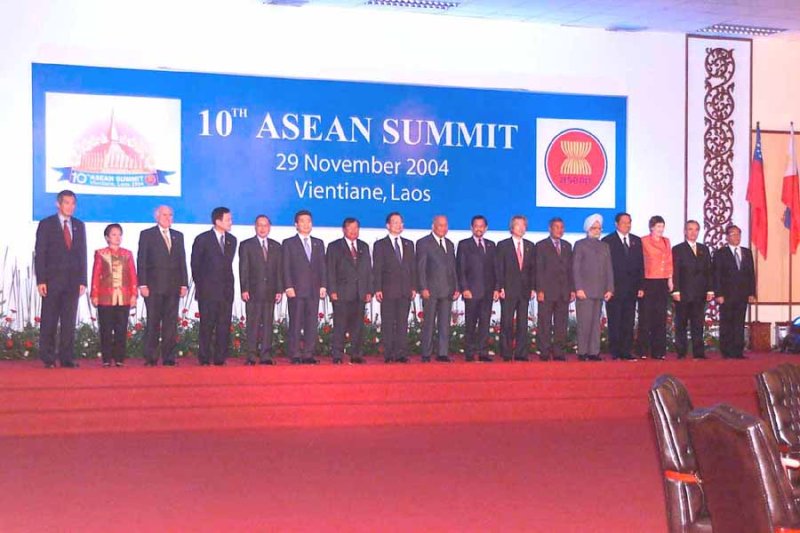 In October 2003, the governments of Japan and of the 10-country Association of South-East Asian Nations (ASEAN) signed a general framework for a bilateral free trade agreement. In November 2004, they agreed to initiate the negotiating process. The talks started in April 2005 and ended in November 2007, and the agreement came into force on 1 December 2008.

For the Japanese government, this FTA was an important target as it tries to achieve a stronger position in Asia vis-à-vis China, Korea and United States. The finalisation of the US-Korea FTA talks in April 2007 jolted Tokyo into higher gear to get this deal completed.

The Japan-ASEAN FTA (officially a Comprehensive Economic Partnership) is a comprehensive one, covering trade in goods, services, investments, rules of origin, dispute settlement, sanitary and phyto-sanitary regulations, technical barriers to trade, economic cooperation and, on Japan’s request, intellectual property rights. For groups in Southeast Asia, it is seen as formalising ASEAN’s role as a regional manufacturing hub for Japanese corporations. It is now easier and cheaper for Japanese firms to move components (of automobiles, electronics, etc) from one ASEAN country to another, in a regional assembly line.

ASEAN SecGen urges early entry into force of ASEAN-Japan Trade and Economic Pact
27-Jun-2008 PIA
The Secretary-General of ASEAN Dr. Surin Pitsuwan welcomed the ratification of the ASEAN-Japan Comprehensive Economic Partnership (AJCEP) Agreement by the Japanese Diet on June 21.
Japan’s Parliament approves free trade with ASEAN
21-Jun-2008 Radio Australia
Japan’s Parliament, the Diet has endorsed a free trade agreement with the Association of Southeast Asian Nations. The agreement will come into force on the first day of the second month after Japan and at least one of the 10 ASEAN member complete domestic procedures, such as parliamentary endorsement.
Japan vows to ratify free trade accord with ASEAN
10-Jun-2008 Hemscot
Japan’s government vowed Tuesday to ratify a free-trade accord with ASEAN by extending a parliament session hampered by feuding with the opposition.
Preliminary comments on the ASEAN-Japan Comprehensive Economic Partnership Agreement (AJCEPA)
12-May-2008
Brief analysis of the AJCEPA text
Japan, ASEAN finish inking free trade pact: statement
14-Apr-2008 AFP
Japan and the Association of Southeast Asian Nations said Monday they had finished signing a deal to tear down trade barriers between the world’s second-largest economy and the 10-member bloc. The deal, which is set to come into effect later this year, was formally signed Monday by Malaysia, the last of the 10 members of the ASEAN bloc to sign off.
Japan, ASEAN sign free trade accord
29-Mar-2008
Japan signed a free trade agreement Friday with the Association of Southeast Asian Nations (ASEAN) to promote trade and investment between the two sides.
ASEAN-Japan FTA expected to be signed in May
25-Jan-2008 MCOT
A free trade area (FTA) agreement between the Association of Southeast Asian Nations (ASEAN) and Japan is expected to be inked this May, a senior Thai official said Thursday.
Use Japan-ASEAN EPA as leverage to bolster ties
22-Nov-2007
The endorsement of an economic partnership agreement between Japan and the Association of Southeast Asian Nations should be a good chance for strengthening economic relations between Japan and the regional bloc in areas such as investment and human exchanges, in addition to boosting trade.
ASEAN, Japan endorse free trade pact, but rice, beef kept out
21-Nov-2007 IHT
Japan and Southeast Asia endorsed a free trade agreement Wednesday under which tariffs would be eliminated on 90 percent of imports by both sides, but key items such as rice and beef would remain protected.
ASEAN-Japan to pilot free-trade list
21-Nov-2007 MCOT
ASEAN and Japan have agreed to put 70 categories of goods on an intensive tariff reduction list, in a show of commitment to the free trade agreement between the regional bloc and Japan.
0 | 10 | 20 | 30