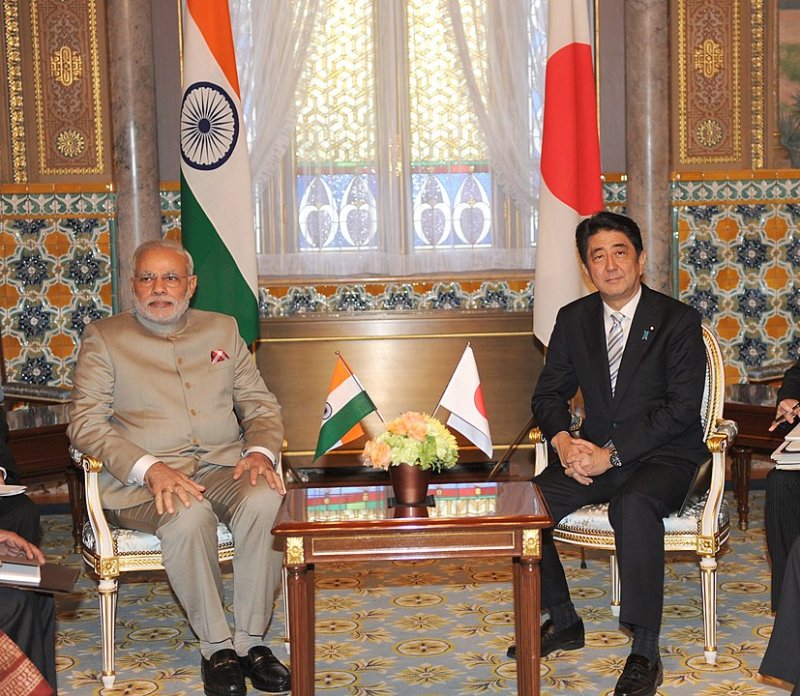 India, Japan move closer to trade pact
5-Feb-2007 Economic Times
India and Japan have decided to set up four working groups in goods, services, investment and bilateral cooperation to take forward negotiations on the proposed bilateral comprehensive economic partnership agreement (CEPA).
India keen on economic partnership pact with Japan: PM
6-Jan-2007 India PRwire
Ahead of his visit to Tokyo next week, Prime Minister Manmohan Singh has expressed the hope that India and Japan will launch negotiations for a comprehensive economic partnership agreement soon.
Highlights of documents signed between India and Japan
17-Dec-2006 The Hindu
The India-Japan EPA/CEPA should cover, but may not be limited to trade in goods, trade in services, measures for trade promotion, facilitation and liberalisation of investment flows, measures for promoting economic cooperation in identified sectors and other areas for a comprehensive economic partnership between India and Japan.
Japan, India agree to begin trade talks
17-Dec-2006 Houston Chronicle
The leaders of Japan and India agreed Friday to start talks on forging a bilateral free-trade agreement within two years and to increase cooperation between the two countries’ navies and coast guards.
India-Japan resolve sticky trade issue ahead of PM’s visit
5-Dec-2006 Zee News
"Earlier, Japan wanted agriculture to be kept out of EPA but now it has agreed to include it. With this sticky issue having been resolved negotiations will now be launched," official sources said.
Japan, India to start EPA talks: official
9-Sep-2006
Japan expects to gain agreement from India by the end of this year to start talks on a bilateral economic partnership agreement, a senior Foreign Ministry official said Wednesday.
Conclude an Economic Partnership Agreement between Japan and India at an early date - Nippon Keidanren
23-Aug-2006 Nippon Keidanren
A plea from the Japan Business Federation for a Japan-India FTA, outlining what the corporations would like it to provide.
Expert panel wants India, Japan economic pact to get cracking
30-Jul-2006 Financial Express
A joint study group, which was set up during the Japanese Prime Minister Junichiro Koizumi’s visit to India in 2005, has given the green signal for having a Comprehensive Economic Partnership Agreement (CEPA) between India and Japan.
Japan, India agree to launch FTA talks
18-Jul-2006 Mainichi
Japanese Prime Minister Junichiro Koizumi and his Indian counterpart, Manmohan Singh, agreed Monday that Japan and India will begin work to enter negotiations to conclude a free trade agreement between them.
India seeks Japanese investment
15-Jun-2006 Times of India
If you can’t beat them, join them. That seems to be India’s mantra in its attempt to get more Japanese investments in the manufacturing sector, with some companies using New Delhi’s bilateral trade agreements to use another country as an export base for the Indian consumer.
0 | 10 | 20 | 30 | 40 | 50 | 60
Subscribe to bilaterals.org weekly