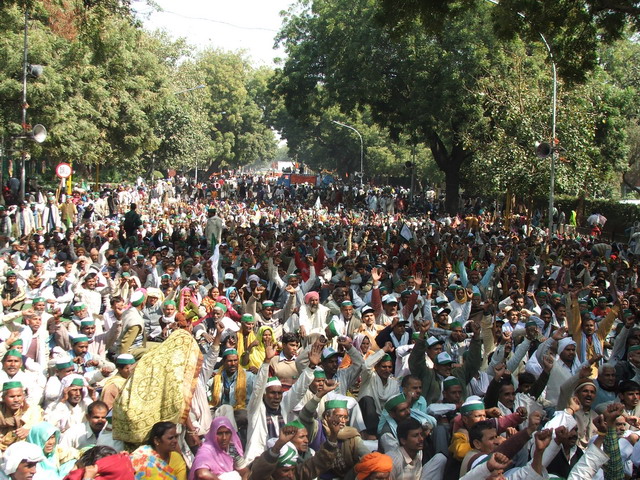 "Not on the table": Piyush Goyal rules out free trade agreement with US
12-Jan-2023 NDTV
The Biden administration is also not in favour of a free trade agreement that businesses from either side are now talking about.
Indo-US Trade Policy Forum likely to be held in early 2023
19-Dec-2022 Outlook India
The TPF is a premier forum to resolve trade and investment issues between India and the US, focusing on agriculture, investment, innovation (intellectual property rights), services and tariff and non-tariff barriers.
India-US bilateral trade disputes at multilateral IPEF? USTR’s meeting triggers alarm in Delhi
24-Jun-2022 The Print
An 11 June meeting called by USTR Katherine Tai discussed ’launching negotiations under trade pillar’, sparking fears among Indian officials that IPEF could end up as a trade agreement.
India wary as US drags labour issues into trade talks
2-Dec-2021 The Hindu BusinessLine
Labour issues may emerge as a tricky area for India in its efforts to further trade ties with the US as the Biden government is keen to make “worker-centric” matters part of the bilateral trade discussions.
USTR visit: India, US to focus on market access, revival of key trade meet
19-Nov-2021 Financial Express
India and the US will likely discuss ways to bolster trade through greater market access — especially in agriculture and information communication technology.
India-US digital trade is going through a bad patch. USTR Tai’s visit can begin fixing it
16-Nov-2021 The Print
US Ambassador Katherine Tai will hold talks with India Minister for Trade and Commerce on digital trade.
US, India are set for tough talks as US Trade Representative Tai comes calling this month
5-Nov-2021 The Print
Katherine Tai is embarking on her maiden visit to India as US Trade Representative from 22 to 24 November. The two sides will resume the Trade Policy Forum after a gap of four years.
Piyush Goyal urges US firms to push for trade agreement
30-Sep-2021 The HIndu
India’s Commerce Minister Piyush Goyal exhorted U.S. businesses to convince the administration of the need for a trade agreement that would enhance the bilateral flow of goods and services.
US not interested in trade pact: Piyush Goyal
23-Aug-2021 The HIndu
Hopes of an India-U.S. trade pact are off the table for now, with the Joe Biden administration conveying to India that it is not interested in a free trade agreement (FTA), Commerce and Industry Minister Piyush Goyal said.
Make in India key to challenges in trade ties, says US
3-Mar-2021 Hindustan Times
India has blamed American trade negotiators for the failure to reach an agreement, by constantly changing, and upping, their demands. Recent Indian emphasis on import substitution through a ‘Make in India’ campaign has epitomized the challenges facing the bilateral trade relationship.
0 | 10 | 20 | 30 | 40 | 50 | 60 | 70 | 80 | ... | 130