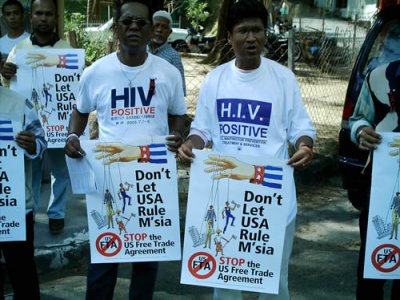 Muhyiddin suggests a pre-negotiation discussion to move forward FTA deal with US
22-May-2008
Malaysia and US should have a pre-negotiation discussion on some of the contentious issues that have delayed the progress of the Free Trade Agreement with the US, International Trade and Industry Minister Tan Sri Muhyiddin Yassin said Wednesday.
Malaysia urges US to drop contentious issues from free trade talks
21-May-2008 IHT
Malaysia urged the United States on Wednesday to drop contentious issues from their free trade talks so that a deal can be forged.
FTA talks not postponed, says Muhyiddin Yassin
9-May-2008
Free trade agreement negotiations between Malaysia and the United States are still ongoing and have not been postponed although the U.S is going through presidential nominations, Minister of International Trade and Industry Tan Sri Muhyiddin Yassin said.
M’sia says no rush to forge FTA with US
27-Mar-2008 Straits Times
Malaysia’s new trade minister said on Thursday there was no rush to sign a free-trade deal which the United States hopes could be struck before President George W. Bush leaves office this year.
US looking forward to to seal FTA with Malaysia
14-Mar-2008 NST
The United States is looking forward to tie-up the Free Trade Agreement with Malaysia now that a new government has been formed after the 12th general election.
Look to Europe, not the US
5-Feb-2008 Borneo Post
Negotiations on a free trade agreement between Malaysia and the United States have hit a sticky patch. There are 58 issues still unresolved and no fixed date scheduled for the sixth round of talks.
US aims to conclude FTA by summer, insists on govt procurement
18-Jan-2008 Bernama
Malaysian and US trade officials are working towards concluding a strong US-Malaysia free trade agreement by this summer ahead of the US election on Nov 4.
Malaysia-US FTA talks to resume on January 14
4-Jan-2008
Formal negotiations between Malaysia and the US are said to be scheduled to resume during the week of January 14 in Kuala Lumpur, according to Barbara Weisel, the US chief negotiator, adding that the US hopes to reach an agreement by the middle of the year.
US business community reaffirms support for US-Malaysia FTA
5-Dec-2007 Bernama
The American Malaysian Chamber of Commerce whose members include US, Malaysian, and other international companies, has urged the United States and Malaysian governments to consummate the free trade agreement now being negotiated. 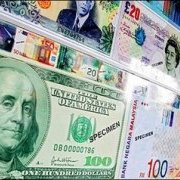