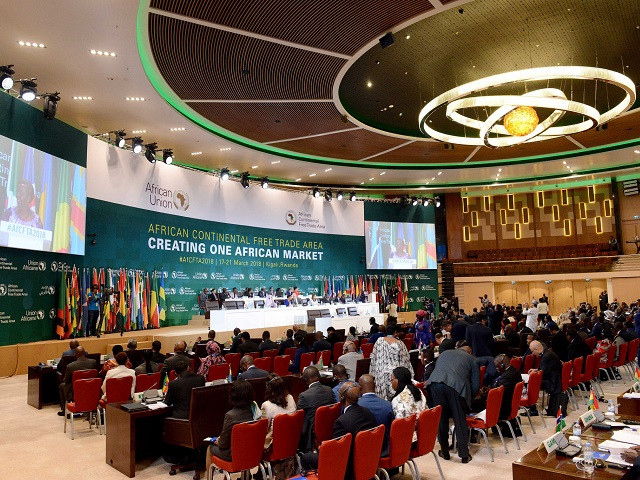 Africa: How soon can the Continental Free Trade Agreement be implemented?

The African Continental Free Trade Area Agreement (AfCFTA) on Tuesday gathered the minimum required ratifications after the Gambia became the 22nd country to ratify the agreement.

The development, which comes a year after the deal was signed in Kigali, means that countries have adopted the agreement within their laws and hence ready for implementation.

While meeting the minimum ratifications does not mean immediate commencement of implementation of the agreement, it is the penultimate step towards implementation.

The agreement is still subject to negotiations on a number of implementation aspects and modalities.

Among the key issues where negotiations are still needed include the rules of origin, non-tariff barriers, structure of implementation, schedule of concessions and tariff books.

Such agreements will determine tariffs applicable to goods and commitment by countries.

The negotiations are a complex issue as it involves multiple stakeholders over a range of issues. The process is expected to take up to one year before the agreement takes effect in June 2020.

It is at the negotiation stage that countries can, for instance, point out industries that they would like to protect in the era of the agreement.

Having met the minimum threshold of ratifications, the operational phase of the agreement will be launched in July this year at the Africa Union summit.

Prudence Sebahizi, Chief Technical Advisor and Head of the CFTA Unit at the African Union Commission’s Department of Trade and Industry told The New Times that parallel to the ratification process, negotiations have been ongoing.

He said that in regards to rules of origin, the process is nearing completion and could be wrapped up in the next one month.

The negotiation process involves not only countries that have ratified but all members that have signed the agreement.

However, some experts have raised concern that the negotiation process could be lengthy.

Mold said that a situation where countries negotiate as a bloc would be more feasible because economic blocs can reach consensus faster than individual countries can.

Sebahizi moved to allay fears, saying that they were more concerned with the quality of the outcome of the negotiations as opposed to the speed of negotiations.

Unlike previous agreements and continental initiatives, Sebahizi said, the CFTA is inclusive of the private sector who will be the main actors in the implementation of the agreement.

Leonard Rugwabiza, the Economic Adviser at the Ministry of Finance, recently told this paper that concerns such as infrastructure linkages to facilitate cross border trade would also be addressed with time once the agreement comes to place.

As for Rwanda, the government is using the period prior to the implementation to facilitate local producers to become more competitive in aspects such as quality, cost of production among others.