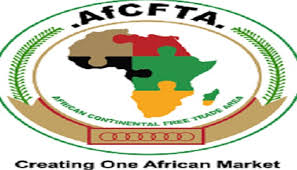 Africa on its way to becoming a free trade zone

By Virusha Subban and Itumeleng Mukhovha

The African Continental Free Trade Area Agreement is one of the most ambitious projects of the African Union, and it is now, miraculously, in force. But that’s just the first step. The next phase will be crucial negotiations about the operational framework.

The coming into force of AfCFTA paves the way for the next step in negotiations which will centre around its operational framework. These negotiations will clarify important customs and trade issues such as the rules of origin, tariff concessions, payments and settlements, non-tariff barriers, and trade information – which must all be agreed upon before AfCFTA can be implemented practically. It is hoped that these negotiations will be completed by the Extraordinary Summit of the AU Heads of State and Government due to take place in July 2019. In addition, the physical infrastructure to ensure actual trade facilitation between the states must be put in place and that could take a few years to roll out.

AfCFTA is a treaty between consenting countries whereby a free trade area is constituted which allows member countries to conduct trade with each other without tariffs or other hindrances. The agreement has 52 signatories, out of 55 member states, which make up a market of more than 1.2 billion people, with a combined GDP of more than $3.4-trillion.

AfCFTA aims to eliminate tariffs on intra-African trade, reduce unemployment, increase infrastructure development and create a more competitive, yet sustainable environment for cross-border trade. The agreement commits to remove tariffs on 90% of goods, with tariffs on the remaining 10% of “sensitive items” to be phased out later. The “sensitive items” may differ according to each bilateral relationship.

The duties and tariffs that are sought to be eventually eliminated are the charges levied by customs authorities at the border when the goods are imported from one country into another. Excise duties levied by a government on locally manufactured goods should remain unaffected.

Expanded international and regional trade flows have played a significant role in Africa’s rapid growth in recent years. AfCFTA marks another milestone toward deeper regional integration and the quest for stronger and sustained growth. It is expected to provide businesses across Africa with many opportunities and in so doing, it complies with Agenda 2063: The Africa We Want. Agenda 2063 is an AU goal aimed at socio-economic transformation. In addition, the Economic Commission for Africa (ECA) estimates that intra-African trade should increase by 52.3%, with the elimination of import tariffs and add $70-billion to the continent’s GDP by 2040.

Currently, trading outside Africa is subject to lower tariffs than the 6.1% tariff imposed on intra-Africa trade. The scope of AfCFTA will have widespread changes — businesses, traders and consumers in Africa will no longer be constrained by tariffs; and mechanisms will be put in place to assist traders that are burdened by non-tariff barriers. Further, the aim is to preserve existing regional economic communities as building blocs for AfCFTA. As such the Southern African Customs Union, the oldest customs union in the world (established in 1910), will serve to facilitate the implementation of AfCFTA.

In January 2012, the AU decided to adopt a free trade area covering the African continent, which they hoped to have in place by 2017. Fast track to March 2018, where a significant decision was taken towards the fulfilment of the AU’s mandate of a continental free trade area — 44 countries indicated their commitment through signing the agreement in Kigali, Rwanda. Two further agreements were also presented at the Kigali Summit, namely the Kigali Declaration and the Protocol to the Treaty Establishing the African Economic Community relating to the Free Movement of Persons, the Right to Residence and the Right to Establishment.

Two of Africa’s leading economies, Nigeria and South Africa, however, did not sign the agreement in Kigali in 2018. Both countries had indicated support of the agreement before the Summit; however, the reasons for their reservations took two different routes.

Nigeria was considered a supporter of the free trade area and was expected to play a major role during the negotiations at the Kigali Summit. However, uproar by local businesses, policymakers and lobbyists within Nigeria led President Muhammadu Buhari to cancel his trip to Kigali in order to respond to complaints that their interests were not being accommodated.

In February 2019, during the AU Heads of State and Government Summit in the Ethiopian capital Addis Ababa, Botswana, Zambia and Guinea Bissau raised the number of countries to have signed the agreement to 52. However, Africa’s largest and most populous economy, Nigeria, is the most notable non-signatory of the AfCFTA. Although the Nigerian government was initially concerned about opening up its borders and turning the country into a receptacle of finished goods, the Minister of Industry, Trade and Investment, Okechukwu Enelamah, recently confirmed that Nigeria will sign the AfCFTA as soon as President Bihari approves an impact-assessment report.

When he signed the agreement last year, President Cyril Ramaphosa said that it would create many opportunities and benefits for South Africa and would grow and diversify the South African economy through the reduction of inequality and unemployment. Ramaphosa indicated that South Africa’s position as a major supplier of goods and services to the continent would also be strengthened by the agreement.

Through AfCFTA, South Africa is also expected to benefit from an increase in foreign direct investment, gain access to a broader range of expertise and the possibility of lower governmental spending. This is because, through its implementation, the subsidisation on local industry segments might be removed due to advantageous outcomes of the agreement. However, two disadvantages arising from the agreement include the potential increase in the outsourcing of jobs as a result of the significantly reduced tariffs and the possible degradation of natural resources.

Extractive commodities including oil, minerals and metals have traditionally been the continent’s leading source of exports, accounting for 76% of exports outside Africa. Due to the volatile nature of these extractive exports, financial assurance is not certain. It is hoped that AfCFTA will encourage a shift away from reliance on extractive exports towards more sustainable trade in Africa. Moreover, encouraging more labour intensive trade such as manufacturing and agricultural goods will increase employment on the continent.

AfCFTA will not only have an impact on the trade of goods and services in Africa, but through the implementation of Phase II, it will also see an extension of the disciplines covering investments, competition and intellectual property. According to the AU, finalisation on the supporting instruments to facilitate the launch of the operational phase on AfCFTA will begin in June 2019 at an extraordinary heads of state and government summit.

Once all 55 AU member states have joined AfCFTA, it will become the largest free trade zone and the largest customs union in the world, with many more African products and services becoming freely available in other countries in the African Union.

Virusha Subban is Partner specialising in Customs and Trade, and Itumeleng Mukhovha is Associate in Corporate/M&A Practice at Baker McKenzie, Johannesburg.