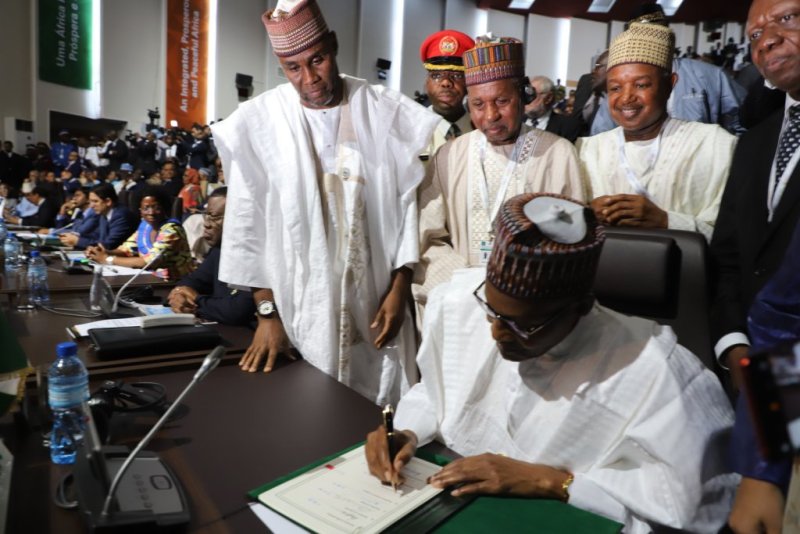 Minister of Industry, Trade and Investment, Adeniyi Adebayo, has warned that Nigeria will not tolerate smuggling and importation of substandard products.

Assuring that Nigeria will fully implement the terms of the African Continental Free Trade Agreement (AfCFTA) and uphold its commitments on trade and regional integration, Adebayo said the government will not allow any move to jeopardise the economy.

The minister, who spoke at the National AfCTA Forum in Lagos, noted that predatory trade practices undermines the nation’s development efforts and destroy local industries, leading to job losses.

“We also will not allow rogue traders to manipulate the rules of origin and disguise goods from outside the continent as made in Africa so as to qualify for duty free passage,” he said.

“Whilst we have rightfully been wary of the risks posed by the AfCFTA to Nigeria, we ought now to look at it with significant optimism”.

Adebayo added that for a successful implementation of the AfCFTA, his government had constituted the National Action Committee to coordinate a wide range of actions at the domestic, regional and continental levels.

President Muhammadu Buhari signed the AfCFTA agreement in July after what his government said were comprehensive consultations with the private sector and in-depth consideration of its potential impact on the Nigerian economy.