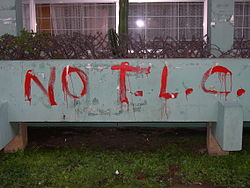 After signing 17 bilateral agreements at government house (Pink House), president Mauricio Macri and his Mexican counterpart Peña Nieto, agreed on the need of reaching “an agreement of absolute integration and free trade” between Argentina and Mexico, insisting on building a new era in the bilateral relations

Following a one hour face to face meeting the two presidents held a media conference and underlined the importance of “strengthening the ties” between the countries.

“Being Argentina and Mexico two of the largest Latin American economies, we share the path to develop the growth opportunity,” the Mexican head of state said. Mexico and Argentina are the second and third largest economies of Latin America.

”Today we decided to deepen these agreements so we can aim at reaching a better integration and free trade between both countries,” said president Macri.

Macri received Peña Nieto at the Government House, and then held a bilateral meeting also attended by members of their presidential cabinets. Foreign Affairs Minister Susana Malcorra, Finance Minister Alfonso Prat Gay and the secretary of Strategic Affairs Fulvio Pompeo where present at the meeting.

Mexico is a member of the Pacific Alliance together with Chile, Peru and Colombia, and Argentina has observer status, and president Macri and his team have repeatedly underlined the importance of joining the group which, with less than five years of existence has advanced faster and deeper than Mercosur in its quarter century.

President Macri was specially invited to the last Pacific Alliance held in Chile. With Brazil in the midst of its second recession year, which did not happen since the 1930s, Argentina needs to open its raft of options. This is particularly significant since although China is Argentina’s main trading partner, Brazil comes second but is crucial for manufactured goods and complementary sectors such as the auto industry.