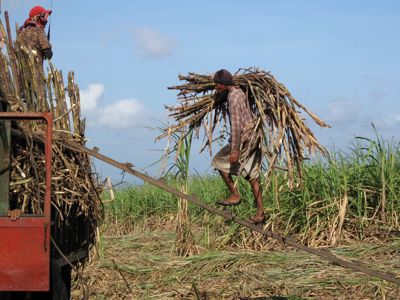 By Ian Sayson and Cecilia Yap

Billionaire Anthoni Salim’s First Pacific Co. is seeking to buy sugar companies in the Philippines to expand its footprint in Southeast Asia and tap opportunities from a free-trade agreement in the region.

Pressure for sugar companies to become more competitive — and consolidate — is growing ahead of a reduction in regional sugar tariffs next year, First Pacific Chief Executive Officer Manuel Pangilinan said in an interview in Manila, without identifying possible targets.

The margins of Philippine sugar refiners are being squeezed because of their productions costs, creating opportunities for companies that can bring greater efficiency, according to Aida Ignacio, deputy administrator of the Philippines Sugar Regulatory Administration. First Pacific owns stakes in the nation’s biggest producer of raw sugar, Roxas Holdings Inc., and largest refiner, Victorias Milling Co.

“We are small compared with our regional competitors, and you have to consolidate if you want to be competitive,” Pangilinan said. “We are open to acquiring other millers and refiners. It is an investment that we’d like to grow.”

As part of a free-trade agreement among members of the Association of Southeast Asian Nations, the tariff on sugar imported among member states will be halved to 5 percent next year. It was 48 percent in 2010. Philippine refiners will face intensified competition from those in Thailand, the world’s largest sugar exporter after Brazil.

The cost of producing sugar in the Philippines is about 1,000 pesos ($23) per 50 kilogram bag, according to Ignacio. The average price of white sugar this year on NYSE Liffe in London has been $456.30, according to data compiled by Bloomberg. That equates to $22.80 per 50 kilos.

The Philippines has 28 mills and 11 refiners, according to Ignacio. Mills make both raw and unrefined sugar, while refineries make only white sugar.

“The industry expects some mills and refiners may consider consolidation because they can’t afford the investments” to modernize, Ignacio said. “Upgrades will bring down production costs and increase the recovery rate of sugar, which is lower than in other countries,” she said.

About 90 percent of sugarcane output in the country comes from farmers with a planted area of less than 5 hectares, Ignacio said.

“There are inefficiencies in the system that you try to fix and in the process make a profit,” Pangilinan said. “That’s the whole point in business.”

First Pacific, based in Hong Kong, has been building its assets in the industry in the Philippines.

The company controls 34 percent of Roxas Holdings, and this year it acquired 7.5 percent of Victorias Milling. Shares of Roxas Holdings rose 0.9 percent to 7.69 pesos at the close in Manila trading. Victorias Milling climbed 2.8 percent to 5.17 pesos, its highest close since 1995. The benchmark Philippine Stock Exchange Index index fell 0.3 percent.

First Pacific had $2.48 billion in cash and short-term investments as of Dec. 31, according to data compiled by Bloomberg. Salim, who is also chairman of Salim Group which holds a 45 percent stake in First Pacific, has a net worth of $5.5 billion, according to Bloomberg Billionaires Index.

The positions in sugar companies are in addition to holdings across other industries in the nation, where it started investing in the 1980s. First Pacific owns stakes in Philippine Long Distance Telephone Co., Philex Mining Corp. and Metro Pacific Investments Corp.

“The Philippine sugar industry will probably give a better yield because our agriculture is known to be more inefficient than other countries in the region,” said James Lago, head of research at PCCI Securities Brokers Corp. “Pangilinan views inefficiency as an opportunity for growth just like what he has done in his other acquisitions in the Philippines. They squeeze a good amount of income growth by bringing down inefficiency.”

The company is looking to expand its foods business as consumer spending in the Southeast Asia is rising, Lago said. Philippine sugar can supply the group’s food units in Indonesia, he said.

“Hopefully, we could become a regional sugar producer with operations in Indonesia and the Philippines,” Pangilinan said.

To contact the editors responsible for this story: Michael Patterson at mpatterson10@bloomberg.net; Lars Klemming at lklemming@bloomberg.net Subramaniam Sharma, Dick Schumacher