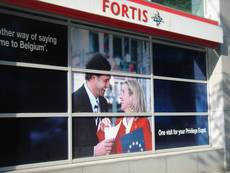 EUOBSERVER / BRUSSELS — While EU and other global leaders have talked tough about re-regulating the financial sector in the wake of the economic crisis, they remain committed to pushing through banking deregulation in the developing world via trade deals.

This strategy is undermining poverty reduction in these countries and is reproducing the same type of circumstances that led to the crisis in the first place, warns a new report published on Wednesday (11 March) by the World Development Movement, an UK-based anti-poverty NGO.

Both via the WTO negotiations on a General Agreement on Trade in Services (GATS) and potential EU bilateral or regional trade deals with 34 countries in Latin America, Asia and the Mediterranean, the bloc continues to push for the lifting of restrictions on how Western banks operate in developing countries.

The EU In 2002, via "GATS" global trade talks, requested that 94 countries open up their financial industry, 20 of which were least developed countries and 30 were low income countries.

A financial services component of GATS would mean that countries would not be able to introduce new rules that are more restrictive than those already operating, making it difficult to pass laws on risky trading such as "short-selling" or to limit the numbers of service providers or the number of transactions.

All new financial services would also have to be permitted, giving the green light to the very same complex financial products that have been held responsible for the creation of the toxic asset problem in the north.

Also under GATS, full ownership by foreign banks would be allowed, which can make it hard for a host country’s financial supervisor to monitor the foreign bank’s activities and to ensure it is acting in the interests of the host country.

Even in the EU, the problem of foreign bank ownership is exacerbating the crisis in the east. The tap of credit to much of eastern Europe - where most of the banks are owned by Austrian, Swedish and other EU parent companies - today has been all but turned off, as the owners focus on provision of credit in their home markets.

After seven years of talks, however, countries are still haggling over a GATS deal, and the EU has sought bilateral and regional trade deals to get over the impasse.

The bilateral strategy, known as "Global Europe," seeks to remove regulations on European financial service companies, along with other liberalising measures in a range of sectors, in case a deal at the WTO level is not reached.

The EU trade deals already signed with Chile and Mexico contain substantial chapters on financial services, while the Caribbean Economic Partnership Agreement with the EU signed in October last year contains many of the financial liberalisation clauses proposed in GATS. Similar pressure on central American nations is being brought to bear to open up their financial sectors.

The report reveals that where banking liberalisation has occurred, looking in particular at India and, crucially, Mexico - home to one of the most liberalised financial sectors in the world, with 80 percent foreign ownership, poor people and small businesses see their access to credit, bank accounts and other financial services restricted.

At the same time, where such credit does exist, it is in the form of credit cards, car loans or mortgages, boosting spending on consumer items rather than productive sectors of the economy such as farming or manufacturing.

On Monday (9 March), UK Prime Minister Gordon Brown himself spoke out against the "do as we say, not as we do" attitude of Western countries regarding economic policies promoted to the developing world.

At an international development conference in London, he announced that he would push the World Bank and other wealthy nations to create a new fund for developing countries to help the poor through the crisis, although he did not attach any figures to the idea.

While there, he criticised the imposition of "economic orthodoxy" on the developing world.

"Too often in the past our responses to such crises have been inadequate or misdirected - promoting economic orthodoxies that we ourselves have not followed and that have condemned the world’s poorest to a deepening cycle of poverty," he said.

The World Development Movement (WDM) however, says that there is an acute contradiction between such leaders’ words and deeds in pushing for financial deregulation in the third world.

"On the one hand, Gordon Brown has developed a mantra of tough talk on the re-regulation of banks," said Benedict Southworth, the director of WDM. "On the other, together with other European leaders, he is aggressively pushing free trade deals which demand that developing countries follow a deregulated and liberalised banking model."

"That model has clearly and spectacularly failed here and has also failed poor people in the developing countries," she added.

The study highlights how the presence of European banks in developing countries has resulted in foreign banks cherry-picking the richer customers, resulting in an overall decline in services and credit for others, and notably to rural areas.

In urban areas where foreign banks are concentrated, low-income householders and small businesses struggle to meet the criteria to open an account, let alone to receive a loan.

In response, WDM is calling for financial services liberalisation to be reoved from from proposed bilateral and multilateral EU trade deals.

An official with the European Commission told EUobserver that they were studying the report very closely, but that the report’s authors had "confused liberalisation with deregulation."

"Market access for European financial service providers in no way restrains the ability of countries to regulate financial services," the official said. "The question is whether such moves become protectionist."