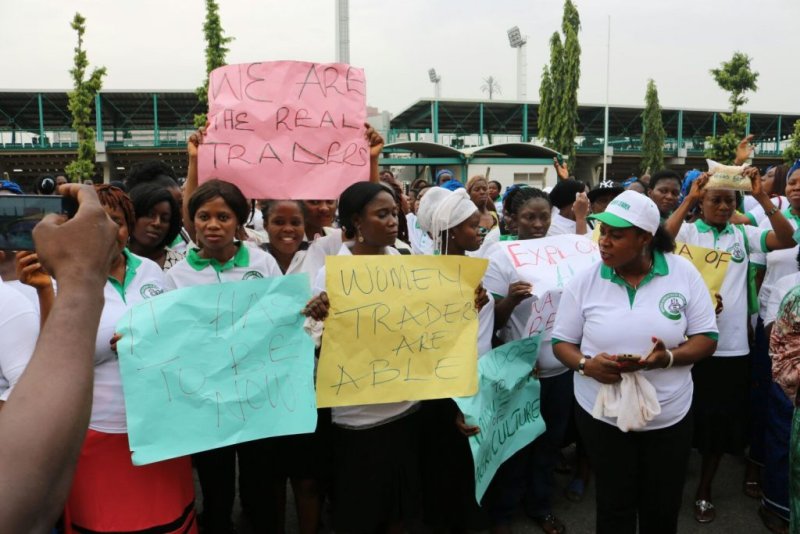 Preceding the Extra-ordinary Summit in Kigali which held in March 2018, the African Union (AU) had organised a Business Forum on the African Continental Free Trade Agreement (AfCFTA). During the forum, the business community pledged its support for the AfCFTA while some African leaders pledged their political will to engage the private sector in the implementation of the AfCFTA.

However, in spite of these promises, it appears from all indications that the African private sector is either kept at the back door or yet to be given a pride of place in the AfCFTA process. It would be recalled that the CFTA negotiation process gave rise to an Implementation Framework Agreement recently signed on to in Kigali – Rwanda by as many as 44 member countries of the African Union (AU) on the 21st March 2018.

But the provisions of Article 9 (Part III) of the Framework establishing of the AfCFTA, which neglected or omitted the composition and role for the private sector is a bold testimony to the fact that indeed the negotiation has been conducted and concluded as if the business community matters less, not only in the Continental Trade Agreement but also in terms of overall development of the continent.

The abovementioned Article 9 literarily throws the private sector into oblivion without any iota of reflection of recognition. Prior to the Kigali epoch signing event, the less-than appreciable involvement of the private sector practitioners (and perhaps their Non State Actors colleagues) manifested significantly in the side-lining of this constituency in the practical articulation and formulation of positions, pre and post negotiation consultations, in-depth cost and benefits analysis, etc; and these are clear evidences and signals that not only question the validity of the outcomes but also interrogate the veracity of the potential personality-character of the AfCFTA implementation. In all of these, the following sure lessons for Africa on the way to improving actions towards the effective implementation of the AfCFTA are glaring.

Lesson 1: The world over, trade agreements are always secured for the private sector actors who are looked upon for the implementation. Here comes the rationale for unity of efforts at negotiating many contemporary trade agreements. Specifically, framers and negotiators of current trade agreements underline the principle and recognition of the fact that although Governments (especially democratically elected) are trustees for overall governance of the society, yet, the key practical knowledge and transaction of trade and commerce are the core business of the private sector actors.

These actors are the direct investors of their hard earned funds; they are the producers/manufacturers, marketers/distributors and sometimes largely form the consumer populace (especially raw materials) of goods and services. To this end, actors in the private sector are pictured and brought into account to the negotiations and implementation table in acknowledgement of their position as the immediate brunt bearers or beneficiaries of trade and economic agreements. One lesson therefore is that the consultation on the AfCFTA remains indubitable and fundamental to the successful outcomes and effective implementation thereof.

It is this sector that promotes cross-border trade which the AfCFTA is all about and seeks to address including the challenges of tariffs and non-tariff barriers, complex customs and trade procedures, lack of access to finance, high transportation costs and lack of access to information, among others. In the light of the above, for the AfCFTA to succeed, the private sector must therefore be given prominent role in the implementation, else it would go the way of many other Agreements, Declarations and policy Instruments that are lying helplessly and dusty at the shelves of various Governments.

Lesson 3: For most Free Trade Agreements (FTAs), once negotiations have concluded, the text is sufficiently published so that consultations can take place during legal scrubbing, and then the legally scrubbed text is published for more consultations by the private sector before signing takes place. Regrettably, this best practice appears to have been ‘thrown to the sea’.

Some private sector practitioners have even complained that the electronic copy of the AfCFTA text may not be found on the AU’s website or the Government’s related sites thereby making it difficult for robust engagement. It follows therefore that one of the reasons why the AfCFTA remains where it is today (and perhaps where lesson needs to be learnt) is that the CFTA final text does not seem to have been made public enough to the private sector with sufficient time for consultations before.

Lesson 4: Based on the foregoing reason, the ongoing consultation window appears more like mere ‘fulfilment of all righteousness’ as it does not go beyond ‘visitation’. Nonetheless, irrespective of what looks like a window dressing effort, the African private sector must utilise the consultation opportunity created by Nigerian President’s withholding of signature to engage the AfCFTA negotiators in a comprehensive and vigorous examination of the text so as to ensure they are fully represented therein.

Private sector actors must truly seize the consultation opportunity with their own technical and fact-based arguments that possibly reveal the weaknesses and relevant adjustments required to fix a healthy trade instrument for Africa.

Lesson 5: There are regional trade agreements across the various Regional Economic Communities (RECs) in Africa; but the question is, how many of them are effectively and maximally being implemented? How many of these frameworks are truly impacting on the citizens as planned? One reason for the supposed failure to achieve optimal result is that many of them were cooked and prepared by the Executive Authorities without the inputs of the private sector who are supposed to be the bearers.

It is for this reason that the RECs must therefore stand up now to their responsibility by engaging their private sector and other Non- State Actors with the AfCFTA in order to reduce tensions and create seamless entry of the agreement’s implementation. The required popularisation and regional buy-in is still missing among the various RECs in the continent as far as AfCFTA is concerned. On their part, in undertaking this engagement, parties (State and Non-State Actors) must recognise that while the AfCFTA must take into account the needs, interests and concerns of the private sector, the importance of the overarching socio-political and economic wellbeing of the entire citizenry, the nations and Africa as a whole is paramount.

Lesson 6: For African Governments, perhaps, the lesson from the voice of South Africa’s respect for the voice of the Non-State Actors is very prominent. It is instructive that despite the fact that South Africa has the most visible intra-trade investments (remember Shoprite Supermarkets, MTN Telecommunications, Dstv, etc.) scattered across the continent, yet, the country is not only taking her time to study the arrangements and the agreements but depending on and giving stakeholders priority of vetting the potential commitment before dotting the lines. This is certainly an enviable process of respecting the views of Non-State Actors in the negotiation outcomes. The South African Trade and Industry Minister – Rob Davies told a media briefing in Tshwane following Wednesday 21st March 2018’s signing by 44 African countries that “South Africa wants to sign the AfCFTA and will sign when the agreement is in a state that enables us to sign”. Minister Davies asserted that South Africa did not sign the agreement but held off until legal and other instruments associated with AfCFTA are processed and ratified by South African stakeholders and Parliament.

Lesson 7: Another lesson is the respect that needs to be accorded the Parliament in the spirit of the concept of separation of powers. Today, many States are yet to involve their Parliaments in the AfCFTA. Again, the South African Government recognizes the indispensable role of the Parliament in the AfCFTA arising from their constitutional provisions. Minister Davies had further announced that there were a series of annexes and appendices which have not yet been “legally scrubbed” and concluded that “South Africa has a relatively high bar before it can sign an international agreement. That high bar requires that South Africa do not sign things where there’s a reference to some appendix or annex that is not part of the agreement.”

Withholding signature ‘until legal and other instruments associated with AfCFTA are processed and ratified by South African stakeholders and Parliament’ presupposes that (unlike many African countries) the South African Parliament is carried along and given full access to the outcomes of the negotiations so they could vet alongside stakeholders (with possible public hearing) in a bid to secure buy-in and ownership of the AfCFTA. Again, such vetting is necessary if member countries must sign agreements that do not conflict with internal/domestic laws.

Lesson 8: The African Union Member States are yet to finalise outstanding issues (such as some annexes of the trade in goods protocol; trade in services protocol; dispute settlement mechanism protocol; and the transitional implementation work programme -tariff liberalisation modalities on sensitive products and the exclusion list, and services modalities on choice of priority sectors); it would have therefore been considered more instructive to finalise the comprehensive annexes and protocols, present for consultative engagements and sensitisation before presenting a final and acceptable document for the required signature by the Head of States. While this appears to be too late, all actors must therefore be provided the opportunity for possible inputs, popularisation and understanding of the essential rudiments of the AfCFTA in order to make it work for the people.