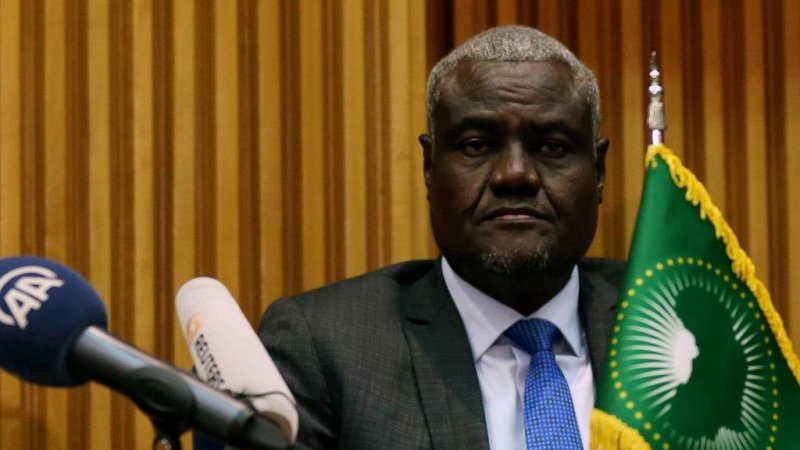 Africa’s most populous nation and biggest economy, Nigeria, Eritrea and Guinea Bissau are the only African nations that are yet to make any commitment to the African Union’s Continental Free Trade Area (AfCFTA).

According to the A.U. Commission chairperson, Moussa Faki Mahamat, these three have made no commitment to the deal signed in Kigali in March 2018. The A.U. chief said the body’s projection was to have all nations on board so that the AfCFTA could enter into force in January 2019.

On the flip side, six African countries have since ratified the deal whiles the vast majority of countries have only signed it. The six are: Rwanda, Niger, Chad, Kenya, Ghana and Swaziland (eSwatini.)

Three others – Tanzania, Zambia and Botswana – have only signed the Kigali Declaration but have yet to sign the deal and deposit instruments of ratification with the A.U.

Back in Kigali, 44 of the 55 African Union Heads of State and Government enacted the AfCFTA at its 10th Extraordinary Session, under the leadership of Nigerien President Mahamadou Issoufou.

The Kigali declaration as it is known was also witnessed by President Paul Kagame of Rwanda as current AU Chairperson and Chairperson of the AU Commission.

Nigeria and South Africa’s refusal to join from the beginning raised issues with the deal given that the two were the continent’s economic powerhouses.

South Africa subsequently signed the deal but Nigeria insisted that it was doing broader consultations back home before any concrete decision is made. President Buhari recently intimated that he would sign the deal soon.

As of July 2018, the status of AU member states adherence to the African Continental FreeTrade Area Agreement #AcFTA. Help ensure your country signs and ratifies by January 2019 so the AfCFTA enters into force for the #TheAfricaWeWant. pic.twitter.com/xdimTIwRPT — Moussa Faki Mahamat (@AUC_MoussaFaki) July 31, 2018

Once in force AfCFTA will be the largest trade zone in the world, increase intra-African trade by 52% by the year 2022, remove tariffs on 90% of goods, liberalise services and tackle other barriers to intra-African trade, such as long delays at border posts.

It will be one of the biggest free trade bloc in the world, maybe only behind the World Trade Organization (WTO).

The signing of the AfCFTA by heads of governments and or their representatives is only a step in chasing an ambitious dream of uniting Africa at the level of commerce.

Experts and watchers say, the real work is yet to take off, all things being equal. The fact that after all this while, some countries decided to hold on to ratification is not as much a setback but speaks to the challenges that lay ahead.