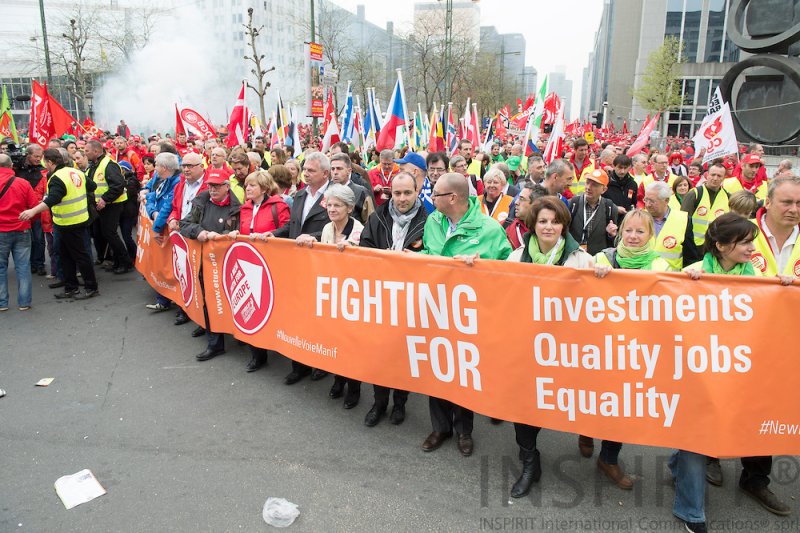 ETUC resolution for an EU progressive trade and investment policy

The European Trade Union Confederation calls for a progressive European trade and investment policy with at its core the creation of decent jobs, the protection of fundamental rights and the interests of workers. Trade is a great opportunity when it creates quality jobs and boosts sustainable growth. External trade contributes to welfare in Europe but cannot be the sole remedy relied upon to leave the economic crisis behind. With the Lisbon treaty giving the EU new and far-reaching competences in trade and investment policy, the need for a progressive trade agenda is more urgent than ever. EU trade agreements are increasingly ‘comprehensive’ with a widening impact on trade union concerns.

We need a deep and real change from the way trade policy has been conducted thus far. Such a new progressive trade policy must be part of broader new economic and industrial policy of the EU, which is strongly demanded by the ETUC and its affiliated organisations. Indeed, the ETUC expresses concern on the sustainability of the exportled model only, implemented in Europe after 2008, to recover from the economic crisis. We do think this strategy puts the EU economy at risk, perpetrating imbalances, at the expenses of aggregate internal demand (in particular, to public and private investment as well as consumption).

A progressive trade policy must put trade agreements at the service of priority goals such as decent employment, social cohesion, equality and sustainable development. Workers have been negatively affected by the policies which brought us to the economic crisis of 2008, the effects of which are still with us today. Those policies, based on deregulation and unrestricted liberalisation, have produced inequalities in income distribution, unemployment, weakening of social policies and growing precariousness.