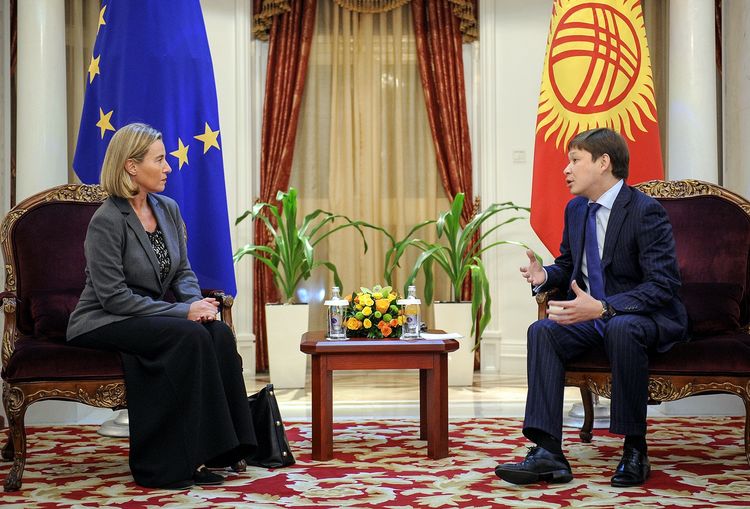 The European Union and the Kyrgyz Republic are today opening negotiations on a new agreement. Negotiations towards a comprehensive framework that will strengthen bilateral relations were launched by Mr Luc Devigne, Director for Russia, Eastern Partnership, Central Asia and OSCE, Chief Negotiator on behalf of the High Representative of the Union for Foreign Affairs and Security Policy/Vice-President of the European Commission, Federica Mogherini, and Deputy Minister of Foreign Affairs of the Kyrgyz Republic, Mr Emil Kaikiev, Kabar reported.

"During my recent visit to Bishkek, the leaders of the Kyrgyz Republic shared with me their ambitious reform agenda and their commitment to strengthen democracy, promote transparency and good governance, and develop new economic opportunities", said the High Representative/Vice-President, Federica Mogherini. "A new, enhanced agreement will allow us to further support these aspirations, to build stronger political and economic ties, and to create more possibilities to bring benefits both in the EU and in Kyrgyzstan."

The future Agreement will replace the current Partnership and Cooperation Agreement, which has been in force since 1999. In the first round, the EU and the Kyrgyz Republic will look to agree on procedural aspects of the negotiations process and exchange views on foreseen objectives and general principles of the new agreement. It is expected that the new agreement will focus on political cooperation, trade and investment relations, economic cooperation in support of sustainable development, and other aspects of bilateral relations. The aim is to make swift progress during negotiations and to work towards concluding an ambitious agreement as soon as possible, with negotiating rounds foreseen to alternate between Brussels and Bishkek.