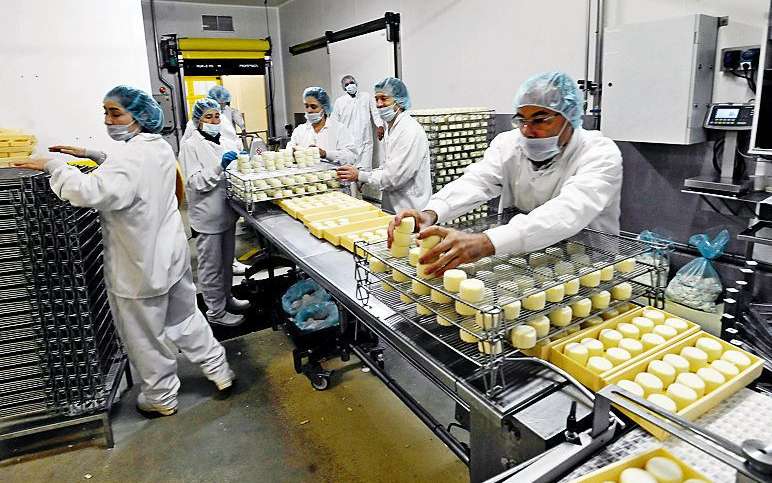 Main Elements of the Updated Agreement

Companies and investors will gain expanded access to the Mexican and European Union (EU) markets. They will also benefit from a modernized legal framework that will streamline import procedures, reduce regulatory barriers, increase investor protections, and strengthen the tools to fight corruption. This note provides an overview of some of the key commercial benefits that the agreement will bring. Trade in Goods

The updated agreement will eliminate customs duties on all goods that are still subject to tariffs. This will create substantial market opportunities for exporters of agricultural and food products. Notable examples of significant tariff cuts that will occur over a seven-year period include :

The updated agreement also contains a chapter on Good Regulatory Practices, to ensure that behind-the-border regulations are sufficiently harmonized and are implemented transparently, and that they do not constitute unnecessary obstacles to international trade. The agreement will require regulators preparing new regulations, or updating existing ones, to : (i) publish in advance the list of topics or products on which they intend to regulate ; (ii) consult with business, consumers, civil society or any interested person ; and (iii) make it easier for companies to find the applicable regulations online. Regulators must also assess : (i) the need for regulation ; (ii) the likely impact of their proposals ; and (iii) the impact of their regulations after they have been applied. The use of good regulatory practices will facilitate trade in goods and services and increased investment between the Parties.

Mexico has also agreed to recognize product certification carried out in the EU making it easier for EU companies to show that they comply with Mexican standards and regulations. In addition, the agreement include provisions on convergence of technical regulations for automobiles and auto parts, and simplifies trade in remanufactured machinery, an issue of interest to the EU medical devices industry. Digital Trade

The EU and Mexico have included a chapter on Digital Trade to enhance and facilitate digital trade between them. Under the Digital Trade Chapter, the EU and Mexico will remove barriers to online trade, introduce rules to enable firms to operate online with certainty and protect online consumers. For example, each side is prevented from charging customs duties on electronic transmissions, such as downloading an app onto a phone. Clear rules have also been agreed with respect to conducting business online, in order to give legal certainty to companies and enable them to operate and plan with confidence. For example, the agreement guarantees that electronic contracts, electronic signatures and digital certificates are legally valid. Further, the EU and Mexico are prohibited from requiring companies to provide access to the source code of software that they own—a major asset for companies. Trade in Services

In the area of trade in services, Mexico and the EU have enlarged the scope of their market access commitments pertaining to cross-border trade in services. Where market access commitments have been undertaken, each side agrees to not adopt any measures imposing limitations on the number of service suppliers, the total value of service transactions and the total number of service operations or total quantity of service output. The agreement also prohibits both the EU and Mexico from requiring service suppliers to establish or maintain a representative office or any form of enterprise, or to be resident, in their territories as a condition for the cross-border supply of a service. Further, the services markets of Mexico and the EU are to be regulated in a non-discriminatory manner. Specifically, each Party is required to accord to services and service suppliers of the other Party treatment no less favorable than that accorded to its own services and service suppliers, as well as those of non-parties to the agreement. The agreement also provides a framework for the EU and Mexico to recognize each other’s qualifications in certain regulated professions, namely, accounting, legal services, engineering and architectural services. Investment protection

The agreement also makes it easier for European and Mexican firms to invest in each other’s markets and provides legal certainty and predictability with respect to the establishment and expansion of their investments. For example, the EU and Mexico agreed not to limit : (i) the number of enterprises that may carry out a specific economic activity ; (ii) the total value of transactions or assets or the requirement of an economic needs test ; (iii) the total number of operations ; (iv) types of legal entity or joint venture through which an investor may carry out an economic activity ; and (v) the total number of natural persons that may be employed in a particular sector. Under the agreement, Mexico and the EU are also required to provide to investors and covered investments fair and equitable treatment and full protection and security. Expropriation of investments is also expressly prohibited, except for a public purpose, in a non-discriminatory manner and on payment of prompt and adequate compensation in accordance with due process of law. The agreement also contains provisions on corporate governance, aiming to attract and encourage investment by raising investor confidence and improving competitiveness. Finally, the EU has introduced into the updated agreement its new approach to solving disputes related to investment protection, which includes an investment court system. Under this system, a permanent standing tribunal is appointed in advance by each party, hearings are open to the public for maximum transparency and there is a right of appeal to an appellate mechanism that can reverse errors in tribunal decisions. Government purchases

The agreement will give Mexican and EU suppliers mutual access to government contracts in both the EU and Mexico public procurement markets. EU and Mexican companies will be placed on an equal footing, irrespective of whether they present a bid in Mexico or in the EU. Mexico also committed itself to enter into negotiations with its federal states to allow EU firms to participate in tenders at the state level.

The EU and Mexico are working on finalizing the legal revision of the agreement, after which they will proceed to signature, provisional application and conclusion. We expect that these procedures will be completed relatively swiftly. The agreement enjoys broad support both in the EU and Mexico. Moreover, quick approval will avoid EU exporters losing competitiveness against their North American competitors after the approval of the new U.S.-Mexico-Canada Agreement (USMCA). Snapshot of Bilateral Trade Between the EU and Mexico

Mexico is the top trade partner of the EU in Latin America, and the EU is the third largest trading partner of Mexico. Key goods exports from Mexico to the EU are transport equipment, machinery and appliances, mineral products and optical/photographic instruments. Key EU goods exports to Mexico include machinery and appliances, transport equipment, chemical products and base metals. EU services imports from Mexico are dominated by travel and transport services while Mexico’s imports from the EU consist primarily of business services, transport services, travel services, telecommunications and computer and information services. Bilateral trade in goods between the Parties is currently valued at EUR 66 billion, while bilateral trade in services is worth another EUR 19 billion.