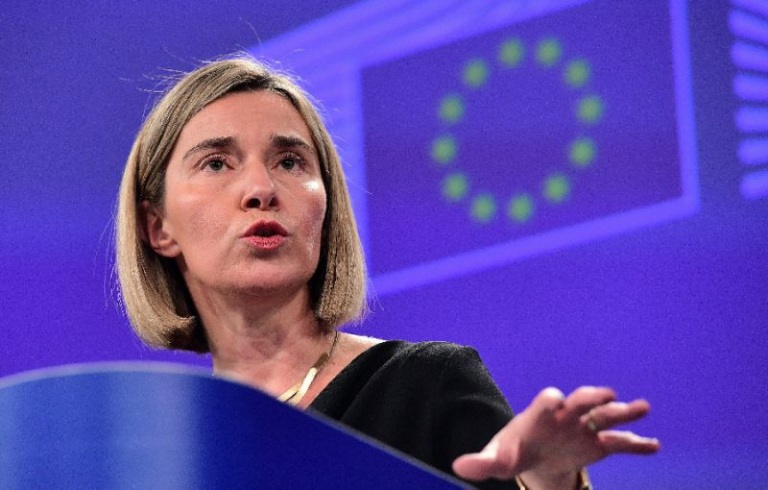 (PTI) EU foreign policy chief Federica Mogherini will arrive here later this week on a two-day visit during which she is likely to strongly push for resumption of talks for the India-EU free trade agreement besides discussing preparations for the annual summit between the two sides.

They will also review the preparations for the India-EU annual summit which will be held here later this year, a top EU official said.

She will arrive here on Friday from Beijing and will then leave for Russia.

The EU foreign policy chief will also meet National Security Adviser Ajit Doval and will explore the possibility of enhancing counter-terror cooperation between the two sides.

The main focus of Mogherini’s visit is likely to be on the push for early resumption of stalled talks for free trade pact between the two sides.

India’s bilateral investment pacts with several European countries are expiring and citing this, the EU has been strongly pushing for moving ahead with the FTA, which is known as the EU-India Broad-based Trade and Investment Agreement (BTIA).

EU has been pressing India to extend by six months, its bilateral investment pacts with several EU-member countries which are expiring soon, saying absence of the treaties could adversely impact the trade ties and FTA talks.

India’s existing trade and investment pacts with The Netherlands came to an end in November, while similar pacts with several other EU countries are expiring in the coming months.

EU has been maintaining that expiry of the pacts will make it difficult for the European countries to go ahead with fresh investments in India. It wants India to first give extension to the pacts and then move ahead with BTIA.

BTIA talks have been stalled since May 2013, when both sides failed to bridge the substantial gaps on issues like data security status for the IT sector.

Launched in June 2007, negotiations for the proposed agreement have witnessed many hurdles as both the sides have major differences on crucial issues.

In the last EU-India Summit in Brussels, the two sides had failed to make any announcement on resumption of negotiations, as many bottlenecks still remained.

The two sides are yet to iron out issues related to tariff and movement of professionals but the EU has shown an inclination to resume talks.

On the other hand, India is asking the EU to grant it ’data secure nation’ status. The country is among nations not considered data secure by the EU.

The matter is crucial as it will have a bearing on Indian IT companies wanting to have market access.