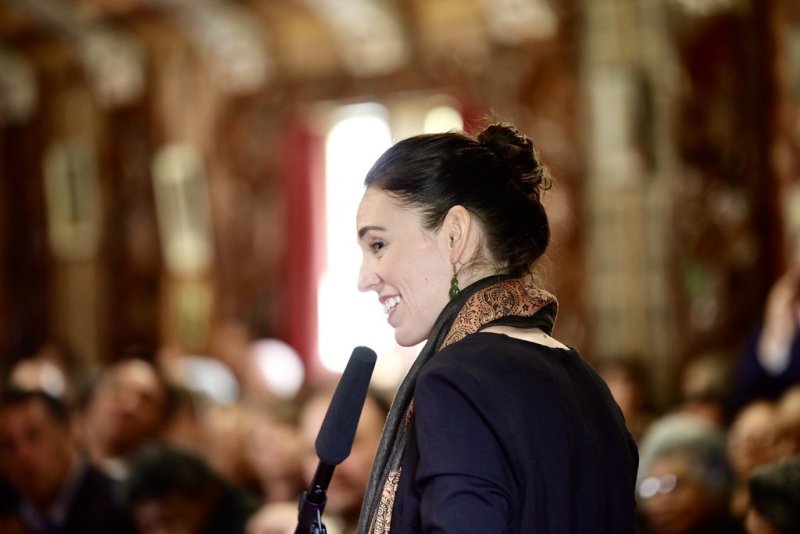 Europe has realized that there is not much future in trade deals unless they have binding environmental commitments.

That is turning the EU’s trade talks with New Zealand into a template for how things could have to be done from now on.

The European Commission finalized a major trade pact with the South American Mercosur bloc in June last year but it is now unlikely the deal will ever be ratified thanks to French-led blowback over the environmental impact of the accord, particularly in terms of destruction of the Amazon rainforest. In order to have a credible trade agenda, Brussels is now under pressure to get serious about locking its much-touted green and social "standards" into future deals.

That plan has gained momentum recently in the EU’s three legislative bodies — the European Commission, Parliament and Council — and lawmakers now say the EU’s upcoming trade agreement with Wellington will include more enforceable green rules. Brussels reckons that this agricultural powerhouse of the southern hemisphere is the perfect place to start because New Zealand’s Prime Minister Jacinda Ardern, who returned to office in a landslide election win last month, is already a proponent of greener trade deals.

Major EU countries, including France and the Netherlands, but also former skeptics such as Germany have called on the Commission to use trade agreements as a lever to get other countries to act on their Paris climate commitments.

“The design of future trade agreements is a very important question," German Economy Minister Peter Altmaier told reporters last month. "Anything that helps to ensure that the European path to climate neutrality can be consistently pursued without competitive disadvantages for European industry and business is of course supported by Germany.”

The higher the EU’s emission reduction targets, the more pressing it will be to make sure that EU industries are not competing at a disadvantage to imports produced to much lower environmental standards, Altmaier said. It is a view also shared by Valdis Dombrovskis, the EU’s super-commissioner for economics and trade.

Pressure has also been mounting in the European Parliament, which last month rejected the EU-Mercosur deal in a symbolic vote, citing the lack of effective green rules and warning that it would not ratify the agreement "as it stands."

In a major reversal of former EU trade orthodoxy, Dombrovskis said he agreed that future trade agreements should have enforceable sustainability rules. "The implementation and enforcement of [sustainability rules] should be stepped up and I agree that currently this enforcement is not strong enough,” Dombrovskis said during his hearing in Parliament.

The idea is to either impose sanctions on countries that do not follow through on emissions reductions, for example, or to lower EU tariffs for those who do.

While EU trade agreements already mention environmental and social rights, they do not have any teeth to enforce these standards.

Standard EU trade deals have a “trade and sustainable development” chapter, but if a country violates that chapter, there is not much the EU can do. There is a dispute settlement procedure, but unlike in other chapters, the panel can only issue recommendations, not penalties.

The Commission has long opposed changing that approach. Former EU trade chief Cecilia Malmström in 2019 told parliamentarians that boosting TSD chapters would come at a "cost" in negotiations, as countries would ask for something in exchange if they were required to act greener. That was the closest thing to an admission from Brussels that current trade deals did not require trade partners to change their social or green practices.

However, the EU’s focus on its Green Deal, along with stricter emissions reductions, means even industrial kingpins like Germany fear they won’t be able to compete against countries with low environmental standards. There is also a growing feeling that the EU should use all the levers at its disposal — not just climate diplomacy — to get other countries to act greener.

“We agreed that the biggest risk for European industries is … fair competition, so the level playing field issues will be very important in our trade policy,” Dombrovskis said last month at an event with Altmaier. “Leveling the playing field should not mean lowering our own standards ; it’s about bringing everyone else to a higher level,” he added.

While it’s still unclear what exactly these new environmental chapters will look like, it is likely that they will focus on a few concrete commitments, such as targets to implement the Paris climate agreement and ratify core International Labor Organization norms, rather than broader commitments that would be more difficult to enforce, said one Commission official.

Brussels also still has to decide how it would enforce the rules. Asked whether the deal with New Zealand would include stricter green commitments, a spokesperson said that "the Commission is committed to strengthening the enforcement of the Trade and Sustainable Development chapters even more ... but we are still working on the means."

Dutch Trade Minister Sigrid Kaag and her French counterpart Franck Riester earlier this year launched a paper proposing "staged ... tariff reductions linked to the effective implementation of [environmental] provisions ... including the possibility of withdrawal of those specific tariff lines in the event of a breach of those provisions.”

Dombrovskis said he was “willing to explore” the idea of “conditioning tariffs on certain sustainability outcomes.”

Officials and parliamentarians say the EU’s trade agreement with New Zealand, which is currently under negotiation, will be the first to include the new mechanisms. "We are working on modernizing the sustainability chapter and the government in New Zealand is open to the idea," said Bernd Lange, chair of Parliament’s trade committee.

His colleague Anna Cavazzini from the Greens agreed : “New Zealand wants to work with us to include more enforceable environmental targets, so it will be the perfect country to try this new mechanism out with."