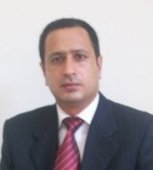 “[The European Parliament] [w]elcomes the fact that "cricket diplomacy" led to the holding of a summit in New Delhi between the Indian Prime Minister and the President of Pakistan on 17 April 2005 ; welcomes the fact that both parties are making progress in consolidating confidence-building measures, through gradual bilateral normalisation which could lead to a political settlement of the dispute in Kashmir ; notes with satisfaction that the joint Commission on Trade has been revived and notes that the two countries have agreed to promote the project for building a gas pipeline from Iran to India, passing through Pakistani territory, which would undoubtedly create positive ties between the parties” [Emphasis added]

In 2007, India and the EU started negotiations for a free trade agreement (FTA) covering, inter alia, trade in goods and services, investments, intellectual property rights and government procurement. [3] Several negotiating rounds have already been completed and the agreement is expected to be finalised in 2011. Recently, the EU Parliament has passed another resolution publicising the current situation of the EU-India FTA negotiations. The present resolution publicises the expected FTA to be presented before the EU Parliament in accordance with the requirement of Article 218(6)(a)(v) of the Treaty on the Functioning of the European Union and has once again highlighted the issue of Kashmir. [4] Article 33 of the resolution reads :

“[The EU Parliament] [s]tresses that human rights, democracy and security are essential elements of the relationship between EU and India ; calls, therefore, on both sides to ensure that dialogue on open issues is stepped up, with particular reference to Kashmir” [Emphasis added]

An EU Parliament resolution is a non-binding instrument. It has no force in law and only suggests a political desire to act in a given area. It however enables the EU institutions to suggest guidelines for coordination of national legislations and administrative practices devoid of any legal obligations for the EU member states and citizens. [5] It may also serve as an impetus for the EU institutions to begin an investigation into the subject matter of a resolution. Resolutions passed by the EU Parliament are frequently used by political activists to develop public awareness and a public relations case against the targeted country.

The optimistic Article 16 of the 2005 resolution expected gradual normalisation of India-Pakistan bilateral relations which could lead to a political settlement of the dispute in Kashmir. However, India halted all talks with Pakistan after the 2008 Mumbai terrorist attacks and despite Pakistan’s insistence, declined to resume talks on pending issues including Kashmir. The “cricket diplomacy” welcomed in the 2005 resolution could not progress too when, after the 2009 terrorist attack in Pakistan on visiting Sri Lankan cricket team, India heavily lobbied at the International Cricket Council (ICC) against Pakistan which resulted in exclusion of Pakistan from the list of countries previously agreed by the ICC to jointly host the 2011 cricket world cup. India also walked out of the Iran-Pakistan-India gas pipeline project which the 2005 resolution recognised will create positive ties between India and Pakistan. Thanks to the EU that at a time when Pakistan is dreadfully engaged in the US lead war on terrorism and when there was no genuine voice by the Pakistani government on the issue of Kashmir, the 2011 EU Parliament resolution has once again revived the Kashmir issue. The resolutions highlighting the issue of Kashmir are also commendable noting that no such initiative has ever emerged from the US despite Pakistan is a leading and the most affected US ally in the war on terrorism. Expecting huge trade benefits from the FTA, India reacted quickly and within one month of passing of the resolution, Indian foreign secretary proposed a visit to Pakistan with a declared agenda on Kashmir.

The resolution compelled India to immediately step up dialogue with Pakistan. This proves the EU’s strength to require respect for universal human rights through trade incentives, which in effect forms an important part of the EU foreign trade policy. The success of this policy in respect of Kashmir dispute will certainly depend upon how consistently the EU follows its own resolutions and seeks to apply and enforce them when concluding the FTA with India. It will surely be a difficult path for the EU where the insistence of such geopolitical conditions on India can harm economic considerations. The success of the EU initiative will also depend on how the individual EU member states follow, or can be pursued to follow by the EU itself as well as by Pakistan, the collective stance taken by the EU.

Although the present resolution has compelled India to resume talks with Pakistan, it is not clear whether and how the outcome of these talks will affect the conclusion of the FTA. It is also uncertain whether or not the condition to settle the Kashmir issue with dialogue will be included in the final draft of the EU-India FTA.

Unlike the EU Parliamentary resolutions which are voluntary even for the EU and its member states and only expected to politically persuade India, The EU-India FTA will be an international agreement legally binding on both contracting parties. The EU has a developed practice of making its FTAs conditional on political factors. [6] The implementation and enforcement of political conditions is realised by the EU preferably through positive measures like trade facilitation and market access rather than negative measures like suspension of agreements or sanctions. The dynamic force of conditionality clauses is in terms of incentives and potential benefits that a trade partner derives from an agreement with the EU and conditionality clauses are recognised more as policy guidelines rather than legal obligations. It is also important to note that although political conditions are recognised as essential elements of those FTAs, neither of the FTAs provide for suspension or denunciation of the agreement in case of violation or non-fulfilment of such conditions.

A condition pertaining to the settlement of Kashmir dispute - if included in the EU-India FTA - would be the first of its kind since the political conditions included in previously concluded FTAs with other countries do not impose binding conditions in respect of particular geopolitical disputes. [7] The scope of political conditions in the earlier EU agreements is restricted merely to urging the EU trade partners to progress towards the settlement of all pending political issues. The language of Article 33 of the 2011 resolution also suggests that its objective is only to urge India to initiate dialogue on Kashmir and does not require the results of such dialogue or set a time frame for results. If the same language is used in the FTA, it would mean nothing more than the requirement of an open ended dialogue on Kashmir. Another important aspect of Article 33 is that it does not specify Pakistan as a necessary party in the issue of Kashmir unlike Article 16 of the 2005 resolution. The absence of specific reference to Pakistan does not appear to be a coincidence without legal and policy significance.

From a legal perspective, however, the way in which the EU would apply and enforce a political condition contained in an FTA depends upon the normative force of such clause within the EU law. Promotion and protection of human rights and respect for international law are accepted as fundamental norms in the EU law and political conditionality is a legitimate and effective tool for a global enforcement of these fundamental norms. Hence, in the presence of seven UN Security Council resolutions on Kashmir, [8] at least in theory, a condition for the settlement of Kashmir dispute in the future EU-India FTA can be construed as a fundamental norm of the EU law. Furthermore, as a legitimate objective of the EU foreign policy, political conditionality becomes one of the essential EU norms if it is categorised in the EU law as a “principled belief” the effect of which is to distinguish legal rights from legal wrongs as compared to mere “casual belief” or guideline. Political conditions emphasised by the EU Parliamentary resolutions and included in the EU agreements can potentially translate into binding obligations rather than mere policy guidelines and violation of a political condition in an FTA may be treated as breach of a necessary condition of the agreement rendering the entire agreement unenforceable.

Nevertheless, passing of a resolution highlighting the Kashmir issue and covenanting the EU-India FTA with dialogue on Kashmir is a welcome move by the EU Parliament. Pakistan needs to persuade the EU and the EU member states to include an effective conditionality clause in the EU-India FTA which requires not only dialogue on Kashmir with Pakistan but also sets a time frame for the settlement of the dispute. A condition for mere dialogue without specifying any countermeasures for the breach of such condition like suspension or repudiation of the FTA would yield no fruits as India can harmlessly walk out of talks, as it has always done in the past, once the pressure is released after the conclusion of FTA. Pakistan should also materialise on the opportunity and engage in a meaningful dialogue with India for the settlement of Kashmir dispute.

[7] See for example Article 5 of the Second Revision of the Cotonou Agreement - Agreed Consolidated Text, 11 March 2010 available at http://ec.europa.eu/development/icenter/repository/second_revision_cotonou_agreement_20100311.pdf