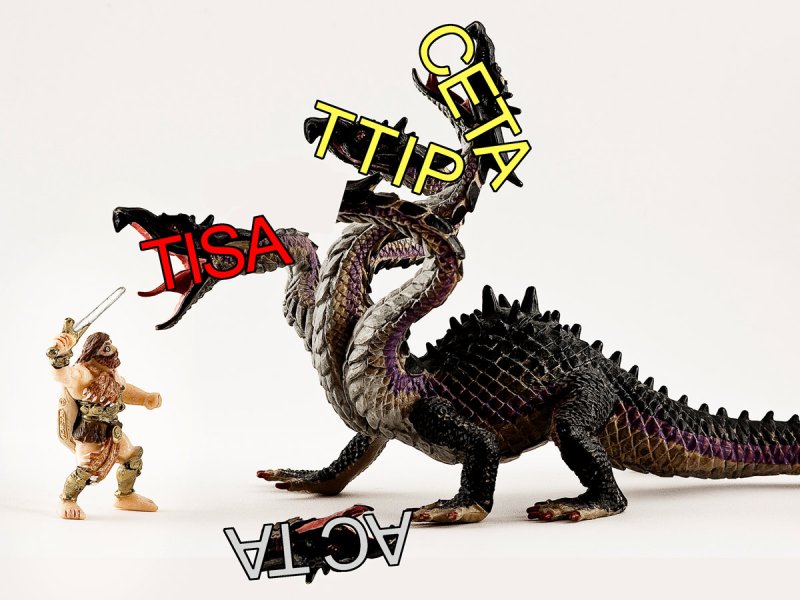 “We want to avoid an ACTA bis and a TTIP bis,” Reding says

European Parliament is gearing up for TISA

Overshadowed by the highly mediatised Transatlantic Trade and Investment Partnership, the Trade in Services Agreement (TISA) negotiations are moving along, and will appear on the radar this year, promises Luxembourgish MEP Viviane Reding, responsible for the dossier.

“You will hear a lot about TISA in 2015,” she said speaking to journalists this week in Strasbourg. “Parliament will present a report in the fall of this year, after consulting stakeholders,” she added.

Fairly unnoticed, the Council authorised the Commission to engage in negotiations in March 2013. Since then, there have been 10 negotiating rounds. The next round will take place in February.

Initiated by the United States and Australia, TISA seeks to further liberalise trade in service and upgrading the current GATS, which saw the day in the pre-Internet era.

“TISA is a chance to make Europe both more competitive and protective,” Reding said, stressing that the EU intends to break new grounds in both market access commitments and international rules, while defending its standards and interest.

This is why the agreement excludes sensitive areas like intellectual property rights and ISDS. “We want to avoid an ACTA bis and TTIP bis,” she explained. Audio-visual sector and public services like water, health and education are also excluded. “These are not for sale,” she insisted.

Well aware that freedom of movement and fundamental rights have derailed negotiations in the past with the so-called Bolkenstein directive and Prism, Reding stated that she will strive to take those out of the talks.

According to EU officials, the most promising sectors to be included in the deal are telecoms, e-commerce, financial services, postal services, maritime, road and air transport, professional services and public procurement.

“TISA must bring tangible benefits to EU citizens both when they travel abroad (roaming charges and passengers’ rights) and when they do online shopping or online banking,” Reding argued.

The agreement, which is being negotiated in a way that will allow parties to choose which sectors will be liberalised, could pose a question for the future, experts said.

This à la carte system that features a "positive list" approach for scheduling market access commitments would create a de facto exclusion of any services that have "yet to be conceived" because those sectors could not be specifically listed at the time of negotiation, experts reportedly told a trade publication.

The services sector is the world’s largest employer, and produces 70% of global gross domestic product (GDP). Altogether, negotiating partners represent a third of WTO members, and 68% of global trade in services.

European Parliament experts concede that TISA is the most promising opportunity in two decades to improve and expand trade in services.

The negotiations are also meant to advance where the multilateral Doha round has failed.

So far however none of the BRICS countries (Brazil, Russia, India, China and South-Africa) have taken part in the negotiations, even though China has asked to join. But the United States and Japan oppose the involvement of Beijing.

Parliament insists that TISA has to be compatible with GATS, as it will allow other WTO members who want to join to do so at a later stage.