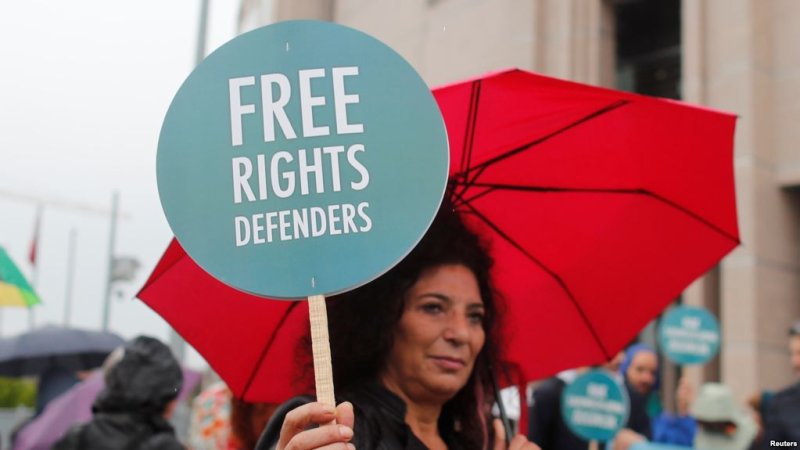 Eleven Swiss groups have called on parliament to refrain from ratifying a revised free-trade agreement with Turkey, signed on Monday by Economics Minister Johann Schneider-Ammann. They cited the country’s current political climate and human rights situation.

“By signing this modernised free-trade agreement, EFTA (the European Free Trade Association) is sending a dangerous and false signal to Turkey,” the groups wrote in a joint statement in response to the agreement on Monday.

Tens of thousands of political prisoners were being held in Turkish prisons following the attempted coup in 2016, wrote the organisations, which include human rights groups and trade unions.

The free-trade agreement between EFTA and Turkey has existed since 1992. Switzerland has now adopted a modernised and expanded version of the agreement, alongside EFTA’s other member states Norway, Iceland and Liechtenstein.

The groups also referred to the attempted kidnapping of a Swiss businessman with Turkish roots and the country’s military intervention in northern Syria.

The organisations called on the Swiss parliament to refrain from ratifying the agreement under these circumstances.

The 1992 EFTA-Turkey free-trade agreement means that industrial goods can already be freely imported on a duty-free basis. The modernised version will introduce regulations that will facilitate mutual recognition of intellectual property protection, service sector exchanges as well as trade and sustainable development.

In addition to the EFTA agreement, Switzerland and Turkey have revised their bilateral agricultural agreement, confirmed the State Secretariat for Economic Affairs (SECO).

This agreement will grant both countries improved access to each other’s agricultural market for certain agricultural products.