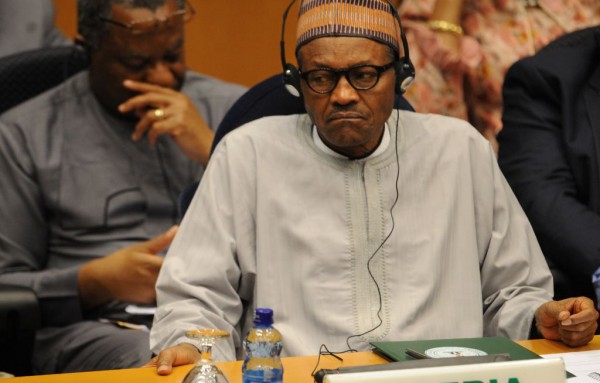 President Muhammadu Buhari on Monday said his government has already commenced wider consultations on the Africa Continental Free Trade Area, CFTA to ensure Nigeria gets favourable deal out of the pact.

The President made last minute decision on Sunday not to go on with the deal signing which the Federal Executive Council endorsed at their last meeting, citing need to consult more.

“We are therefore widening and deepening domestic consultations on the CFTA, to ensure that all concerns are respectfully addressed. Any African Free trade agreement must fairly and equitably represent the interest of Nigeria, and indeed, her African brothers and sisters,” the President said Monday in a series of tweets through his handle @MBuhari.

“Nigeria fully recognizes and appreciates the efforts of the African Union Commission so far, regarding the implementation of a sustainable Continental Free Trade Agreement (CFTA) for Africa. We also acknowledge that our continental aspirations must complement our national interests.

“As Africa’s largest economy and most populous country, we are committed to ensuring that all trade agreements we sign are beneficial to the long-term prosperity of the continent,” he added.

The Continental Free Trade Agreement, (CFTA) ‎ which is scheduled to be signed on 21st of March in Kigali, the Rwanda Capital by the African Union and Heads of Government is to facilitate intra-African Trade, building a border less market and is expected to consolidate Nigeria’s position as the Africa’s largest economy.

The Continental Free Trade Area creates a single continental market for goods and services, with free movement of business persons and investments, and thus pave the way for accelerating the establishment of the Continental Customs Union and African Customs Union.

‎The CFTA will also expand intra African trade through better harmonisation and coordination of trade liberalisation and facilitation regimes and instruments across Africa in general.

Analysts say Nigeria would be biggest beneficiary from the CFTA pact, given its position as Africa’s largest economy with more presence in intra-African trade, which has overall Gross Domestic Product, GDP size of $3.4 trillion.

But the Organised labour had kicked against the signing of the pact, raising fears that it could lead to the complete liberalization of trade in goods and services among the African countries and strip the country of its trade protection.

In an exclusive interview, Chiedu Osakwe, the Nigerian Chief Negotiator told BusinessDay that the agreement would help Nigeria consolidate its position as Africa’s largest economy and assist its businessmen have easy access to regional market.

“One of the things we want to do is to make sure that we use the African continental free trade area to consolidate and augment Nigeria’s position in the Africa as the number economy, meaning that we are using the CFTA to ensure our competitiveness on the continent, to consolidate and augment our position as the number one economy and to improve on our ranking on the global economy.”

Speaking about opportunities in the Africa continental free trade agreement, Osakwe said, “The number one benefit is the enlargement of the market beyond Nigeria of a 190 million people, beyond ECOWAS of 390 million people into the larger Africa market which is approximately 1.2 billion African population at this time but for more years down the road, this will double to about 4 billion at 2050 accounting for 36% of African population”

Explaining further, Osakwe said, “Many Nigeria businessmen and women are not being properly treated in many African countries, they are being harassed, and they suffer discrimination. The second directive from President Buhari is to make sure that the instrumentality of the African continental free trade area must stop the harassment of Nigerians who are engaged legitimately in business in other African countries. We were able to put that into the agreement that will be signed on the 21 March in Kigali. On the basis of the rule of trade law that we have in the continent.

Osakwe said although a lot of Nigeria businesses are already doing well, there is need to expand and optimize their capacity to connect to regional and global value chain. “The bigger the size of businesses, the better for our producers, soone of the things that the CFTA does is to create a platform for the creation of value chains, bigger, better, stronger, more resilient and build a firm Nigeria economy, Osakwe said. “Also, Nigeria is currently the number one economy in the continent, by GDP, size of the market and 26 largest economy in the world, but we don’t have to think this on fixed terms number one, position is a variable not a constant.”

Recall that the Federal Executive Council had on Wednesday last week approved for the President to sign the framework agreement for establishing the African Continental Free Trade Area.

But a statement signed on Sunday by the spokesperson of the Ministry of Foreign Affairs, Tope Adeleye, noted that the trip had been cancelled, citing need for a deeper consultation.

On concerns which had been raised particularly by the Orgnaised labour that the agreement would strip Nigeria of its protection and open up to its borders for influx of good and services, Osakwe stated, “Protectionism is a bad idea economically, it undermines the economy. We need to be strategic as well as tactical as to what is the differences in some areas.”

“It is not about protectionism but about providing appropriate safeguard for our strategic industries and sector priorities so they can have space to strengthen themselves to be more competitive and to produce not just champions in Nigeria but produce champions in the entire Africa region and other continent,” Nigeria’s Chief negotiator added.

Continuing, he stressed that “This is the right thing to do other economy do it and we will do it. We have safeguards specifically in the protocols, and on the global use of safeguard will stop the external counterparts who are cheating by dumping and selling their products in the Nigeria economy below market price so we have trade remedies in the agreement to deal with that.

“We also have specific process to safeguard infant industries, we have the balance of payment provision that will allow our economic policy makers and implementing authorities to take restrictive measures to safeguard our external financial position and our balance of payment to ensure that they remain healthy, sustainable and predictable. So we have all these provisions.