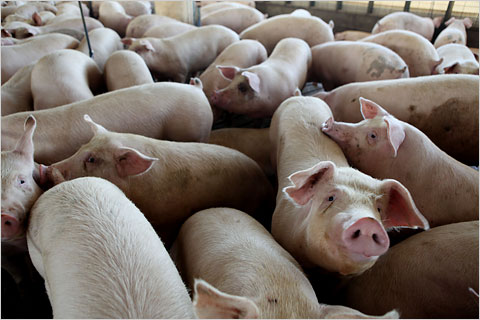 The European Union on Friday (7 April) concluded its latest round of trade negotiations with Mexico, focusing on sustainable development, transparency, services and investment. EURACTIV Spain reports.

“We have almost the whole text of the agreement on the table. Before this round we had discussed the trade in goods, SMEs and competition,” EU sources said.

This was the third round of talks on updating the bloc’s trade relations with Mexico – following the previous rounds in June and November last year – which Brussels has singled out as a “priority” and hopes to conclude by the end of this year.

The original Global Agreement was signed in 2000 but Donald Trump’s anti-free trade rhetoric has fuelled a greater sense of urgency among EU and Mexican leaders to hammer out a new deal.

EU Trade Commissioner Cecilia Malmström will visit Mexico again on 8 and 9 May to further cement this trade relationship with an “advanced and competitive partner”.

Mexico’s Undersecretary for Economy Juan Carlos Baker highlighted the “good progress” made at last week’s talks in Brussels. He added that this was a “sign of the importance both sides place on the negotiations”.

EU sources laid out three reasons for recent drive to get the talks finished by the end of this year: first, it is “worthwhile” to release the full potential of the relationship; second, Mexico is a close partner and both parties want to take their cooperation to the next level; and third, “now is the time to build bridges and create stability”.

But significant obstacles still stand in the way of a new agreement, including the EU’s defensive interests in goods, services and public procurement. Brussels will also try to push Mexico to loosen its control of access to gas, oil and raw materials.

In the agricultural sector, sources told EFE, the EU will pay particular attention not to damage the interests of its dairy and pork farmers “before granting concessions to Mexico”.

“Trade in industrial goods has been exempt from tariffs since 2008. There is still a lot of room for growth in the trade of agricultural goods,” said Baker. “Even on a subject that has traditionally been highly sensitive, like agricultural trade, both parties now want to progress,” he added.

On the question of the EU’s geographical indications, the bloc hopes for a similar “good result” to that achieved in the CETA deal with Canada.

And for the EU, improving the previous health and phytosanitary provisions is a clear priority. “What we want is higher ambition, not trade barriers.”

The revised deal will also contain provisions on political dialogue and anti-corruption.

To be continued in June

The next round of talks will take place in Mexico in June.

The EU is Mexico’s third biggest trading partner, after the United States and China, and Mexico is the second biggest destination for EU exports.