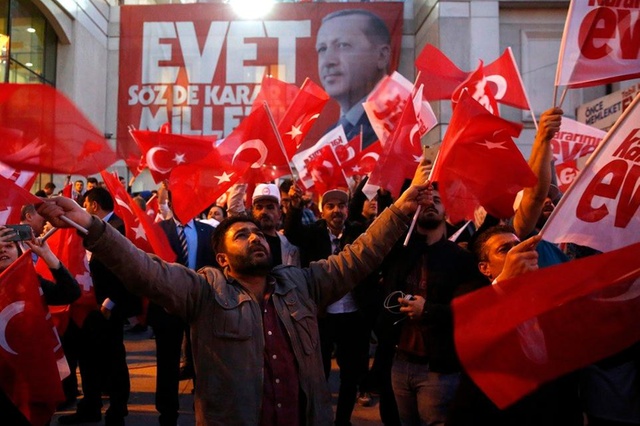 Fifteen Swiss organisations have called on the Federal Council to suspend negotiations on expanding its free trade agreements with Turkey until the country releases all its political prisoners.

Turkey must ensure that the media and non-governmental organisations can operate freely in the country once again, demanded the Society for Threatened Peoplesexternal link and other organisations including the leftwing Green Party and Social Democratic Party in a statement.

The Turkish opposition and Kurdish minority groups were affected by reprisals in the transcontinental country, they wrote on Monday. The group denounced the Turkish intervention in Syria as an “aggression contrary to international law” and called on Turkey to put an end to any politically motivated criminal proceedings.

The free trade agreement between the European Free Trade Associationexternal link (EFTA) and Turkey has existed since 1992. It is currently undergoing a process of modernisation and expansion. In addition to Switzerland, EFTA’s other member states are Norway, Iceland and Liechtenstein.