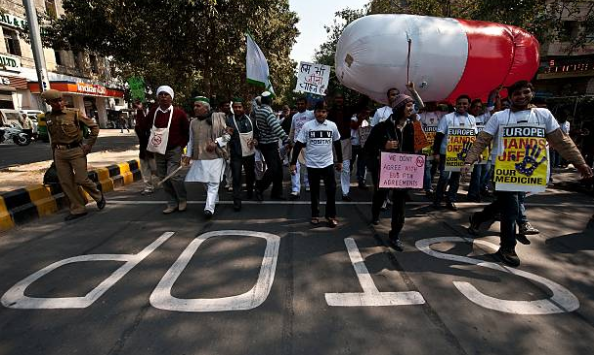 India and the European Union (EU) have been negotiating a bilateral free trade agreement known as the Broad-based Trade and Investment Agreement (BTIA) since 2007. The negotiations cover a wide range of topics including tariff reductions, market access for services, intellectual property rights and investments. The last round of discussions took place in November 2013 and the negotiations have stalled ever since. Recent events including the ongoing Brexit negotiations and the termination of investment treaties might however have a direct impact on the BTIA and one can expect negotiations to resume in the near future.

The BTIA is a comprehensive agreement covering all aspects of trade in goods, services, intellectual property and investment. The EU is India’s largest trading partner (13.5% of India’s overall trade in 2015-16, well ahead of China (10.8%), the USA (9.3%), the UAE (7.7%) and Saudi Arabia (4.3%)). India was the EU’s 9th trading partner in 2016 and Indian exports accounted for 2.2% of EU’s overall trade. Despite the mutual interest in fostering bilateral trade and investments, India and the EU have diverging interests in the BTIA negotiations.

India is aiming to get a greater market access for services, especially for mode 1 services which cover cross border activities such as business process outsourcing (BPO) and knowledge process outsourcing (KPO). India is also interested in more liberal rules for the temporary movement of workers (mode 4 services) which would allow more skilled professionals like IT engineers to access the EU labour market and send higher remittances back to India in return. Non-tariff barriers such as sanitary and phytosanitary measures and technical barriers to trade are also a key aspect of the negotiations for India. The EU has been imposing stringent sanitary measures and labelling rules which hinder India’s exports to the EU. In 2014 the EU temporarily banned the imports of Alphonso mangoes and four vegetables from India due to fruit flies and other pest infestation.

Despite several rounds of negotiations, the agreement is still far from being concluded. India and the EU have failed to agree on substantial issues, including tariffs cut, intellectual property protection and liberalization in trade in services. The recent Brexit decision and the denunciation of investment treaties by India have modified the conditions prevailing during the last round of talks in 2013. Hence there is a possibility of resumption of the negotiations in the near future.

Ongoing Brexit and its consequences for the BTIA

In June 2016, the UK decided to pull out of the EU. Negotiations on the UK withdrawal are ongoing and the Brexit may make it easier for India and the EU to conclude the BTIA. Indeed, amongst the elements that have stalled the negotiations are the liberalization of visa rules for Indian workers and the reduction of tariffs on spirits. The UK has a substantive interest in both issues as it is opposed to liberal visa rules for Indian skilled labour and wants its whiskey and other spirits to face lower customs duties in India. Once the UK is out of the BTIA talks, one can safely expect easier negotiations. However, the recent decision of India to terminate bilateral investment treaties appears to be the main reason for the stalemate.

India signed bilateral investment treaties (BITs) with several Member States of the EU in order to protect investments. However, in 2016 India unilaterally decided to terminate BITs with 57 countries including the UK, Germany and France scraping key protection for foreign investors. The BIT with the Netherlands expired on 30 November 2016 meaning that Indian investments in the Netherlands and vice versa made before the termination will still be protected for a 15-year period but new investments will not receive any protection. New Delhi decided to terminate the BITs in order to re-negotiate the old treaties on the basis of a new model text BIT. The contentious issue with the new model BIT lies with a refined Investor State Dispute Settlement (ISDS) provision requiring investors to exhaust all domestic procedures before seeking international arbitration. The new ISDS also limits the power of the arbitral tribunal to awarding monetary compensation alone. The EU is opposed to the new ISDS provision and has urged India to extend the old-investment treaties by six months before resuming the BTIA talks. India, however, wants a new BIT based on the model text to be part of the free-trade negotiations. The recent visit of Prime Minister Modi in Germany and France might help in finding a solution to break the deadlock as German companies are calling for a swift solution to protect investments.

A year ago, everyone was expecting the conclusions of two mega-trade agreements: the Trans-Atlantic Trade and Investment Partnership (TTIP) between the EU and the USA and the Trans-Pacific Partnership (TPP) involving 12 Pacific rim countries including the USA. However, the Brexit and the new trade policy of the United States following the election of new US President have dramatically changed the picture. Indeed, the USA decided to pull out of the TPP, and the TTIP negotiations are stalled. In addition, the EU is now entering unchartered waters in the Brexit negotiations and India is busy negotiating the Regional Comprehensive Economic Partnership (RCEP), a mega-regional trade agreement with the ASEAN countries plus Australia, China, Japan, South Korea and New Zealand. However, RCEP negotiations are complex and involve sixteen countries at different level of development and with diverging interests. Resuming the BTIA negotiations could therefore be good move for India for the following reasons: first, the EU is India’s first trading partner; the benefits might thus be easier to reap given the trade volume. Second, both parties have a substantial market and big population. Third, an ismproved market access for services and a better integration in the global value chains are key elements for India’s continuous economic development. It is hence believed that the upcoming months might see the revival of the BTIA.