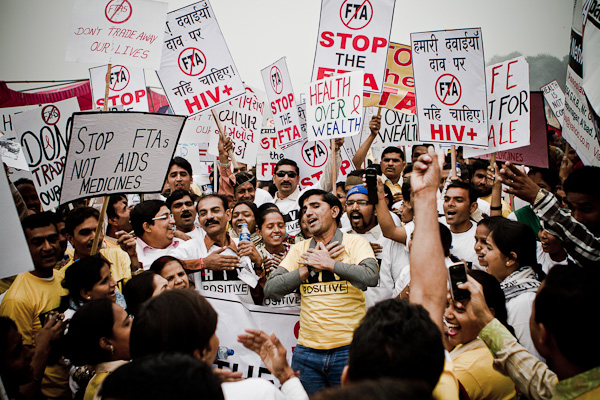 Chief negotiators for the proposed India-EU free trade agreement will meet in New Delhi next month to discuss the way forward for the resumption of the long-stalled talks over it.

Ambassador of the European Union (EU) to India Tomasz Kozlowski said the chief negotiators would meet around mid- November.

"We need India as a partner," he said during a session hosted by a city-based think-tank.

His remarks assume significance as the negotiations for the proposed India-EU Broad based Trade and Investment Agreement (BTIA) have witnessed many hurdles due to major differences on crucial issues such as intellectual property rights and duty cut on automobile and spirits.

"The 14th India-EU Summit this year was different from the one held before that. For the first time we called each other a ’natural partner’ as expressed in the joint statement too. We are both governed by values and principles of democracy and rule-based international order.

"And, now we have transformed those values into clearly identified interests... and our partnership is forward- looking," Kozlowski said during the session on ’India-EU Relations : Can it be a factor of stability in an Uncertain World ?’ at the India International Centre here.

"For India, the EU is the biggest trading partner. And, after the Brexit it will only grow bigger," Kozlowski said.

On the resumption of talks on the FTA, the EU envoy said, "We want concluding of a broad and comprehensive FTA."

"It has to be a win-win situation," he said.

"The chief negotiators will be meeting here soon, mid- November. We (EU) want to move this forward and I’m rather optimistic," the EU envoy said.

The 14th India-EU Summit was held in New Delhi on October 6, during which the two sides had held extensive deliberations on bilateral, regional and international issues, including the the Rohingya crisis and the volatile situation in the Korean peninsula.

However, there was no major headway on the much-delayed free trade agreement (FTA) at Modi’s meeting with the European Council President Donald Franciszek Tusk and European Commission President Jean-Claude Juncker.

India and the EU have been strategic partners since 2004.

The 13th India-EU Summit was held in Brussels on March 30 last year during Modi’s visit.

The last year’s summit meeting had also failed to make any headway on the resumption of long stalled negotiations for a free trade agreement.

Kozlowski also asserted that the EU was a "credible, predictable, and reliable partner" of India in all fields of cooperation.

The EU Ambassador also praised the Narendra Modi-led government for becoming "more outspoken" on various international issues such as Paris Climate Change Conference and the stability of Afghanistan.

He said that the EU had designated the terror outfit Hizbul Mujahideen as a terrorist organisation in 2005, much before the US did, but not many know about it.

On the US-North Korea issue, he said, "As far as the DPRK (Democratic People’s Republic of Korea) issue is concerned, I can only say, confrontation and military action is not a solution.