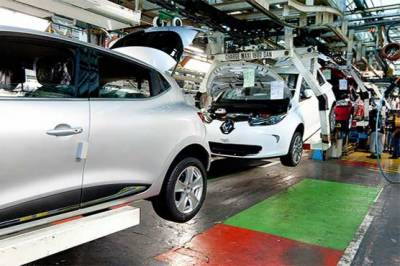 IANS - The proposed India-EU free trade agreement (FTA) cannot be finalised without an Indian commitment to lower import duties on cars and car parts since this is a politically sensitive issue in the European Union (EU), the EU Ambassador to India Tomasz Kozlowski said here on Friday.

The India-EU FTA negotiations, which started in 2007, were suspended in 2013 after the two sides failed to reach an agreement in some important areas.

"For political reasons, no FTA will be approved in the EU Parliament without having car and car parts included. We can have a very long transitional period but we need to include cars," Kozlowski said at a conclave on India-EU cooperation in trade and sustainable development organised by the Confederation of Indian Industry (CII) and Amfori, an EU trade association.

The major areas of disagreement in the EU-India FTA talks have been automobile tariffs, the issue of data security and more access for Indian professionals.

"The EU is ready for an asymmetrical agreement but both sides should consider that the FTA will not be profitable to both in all the sectors and that only the ’final balance should be positive for both’," Kozlowski said.

"The EU is ready to introduce substantial level of asymmetry to the agreement as it is aware that India is a developing country and not at the same level as Japan and Korea," he said.

"India should decide how much foreign trade is important for the country’s economic development," Kozlowski said.

The Ambassador pointed out how the EU was India’s largest trading partner at 85 billion euro, or Rs 8,500 crore, in 2017. However, from the EU’s perspective, India was only the ninth biggest trading partner, far behind China, and lower than Korea.

He also said there was strong will on both sides to go ahead with the stalled FTA talks which was evident from the fact that since 2017, there has been extremely active contacts at the level of experts, chief negotiators as well as Commerce Secretaries.