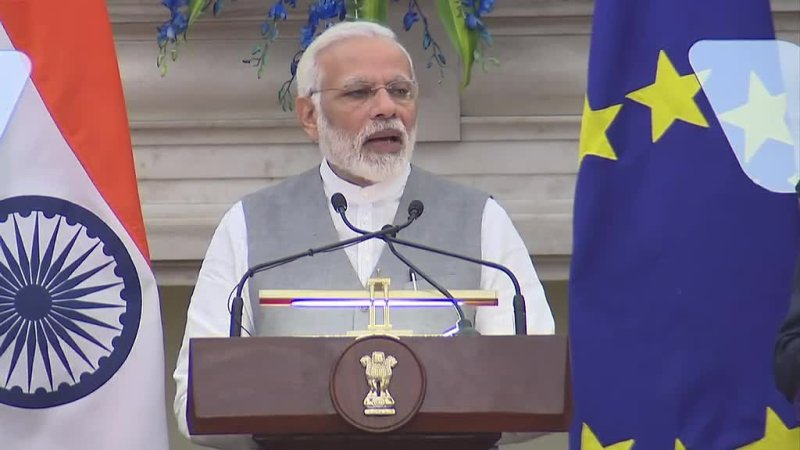 Even as India and the European Union (EU) are yet to finalise a date for re-launching their Free Trade Agreement (FTA) negotiations stalled since 2013, both the sides are not considering inking a scaled down version of the pact with a view to somehow expedite the conclusion of the talks by lowering ambition, according to an EU official.

The negotiations on the FTA — or the Broad-based Trade and Investment Agreement (BTIA) in official parlance — had begun in 2007 with a very broad mandate. The aim was to ensure greater access to “each other’s markets for goods, services and to public procurement contracts”, as well as establish “the framework for investment, including investment protection”. This, in addition to framing rules on intellectual property and competition. The pact was also to include provisions on “sustainable development, to ensure growth in trade is in tandem with the environment, social and labour rights.”

Speaking at a round table organised by Business Line in association with the Bertelsmann Stiftung of Germany, Marika Jakas, Counsellor, and Head of Trade and Economic Affairs, Delegation of the EU to India, said, “our goal is to have a broad, deep, comprehensive and ambitious FTA. (Signing an) early harvest scheme (that aids the two sides to identify a limited number of areas pending the conclusion of FTA talks) is not an option being considered.”

She also said that generally in trade pacts, there is a possibility to agree on longer transition periods for tariff reduction/elimination, where both the sides need not have to eliminate duties from day one of the implementation of the FTA, but gradually over an agreed period of time.

At the recently held India-EU Summit, President of the European Commission, Jean-Claude Juncker had said, “We agreed that we should take our trading relationship to the next level. It is high time for an FTA between India and the EU. Once the circumstances are right — and only once the circumstances are right — we will resume.” He added that, “Our chief negotiators will next sit down in November to chart a way forward.”

According to a study by Bertelsmann Stiftung, “At the sectoral level, the Indian business services and textiles sectors would - in absolute terms - be among the winners from a (India-EU) trade agreement... In these sectors, India has a clear comparative advantage. Correspondingly, on the losing side, there are sectors where Indian firms are barely competitive in relation to their European competitors, such as motor vehicles or minerals.” The study added, “Generally speaking, the EU should keep in mind that India is still a relatively poor developing country and needs a generous amount of time and flexibility to adapt to the structural changes brought about by a potential FTA.”

According to the Delegation of the EU to India “Substantial progress has been made (in the FTA negotiations), even if some outstanding issues have impeded the finalization of the negotiating process. Key areas that need to be further discussed include improved market access for some goods and services, government procurement, geographical indications, sound investment protection rules and sustainable development.”

The impasse in the FTA negotiations is due to issues including India’s demand for a ‘data secure’ status (important for India’s IT sector to do more business with EU firms) as well as to relax norms on temporary movement of skilled workers. There are also differences over the EU’s pitch for elimination of India’s duties on goods such as automobiles and wines and spirits.