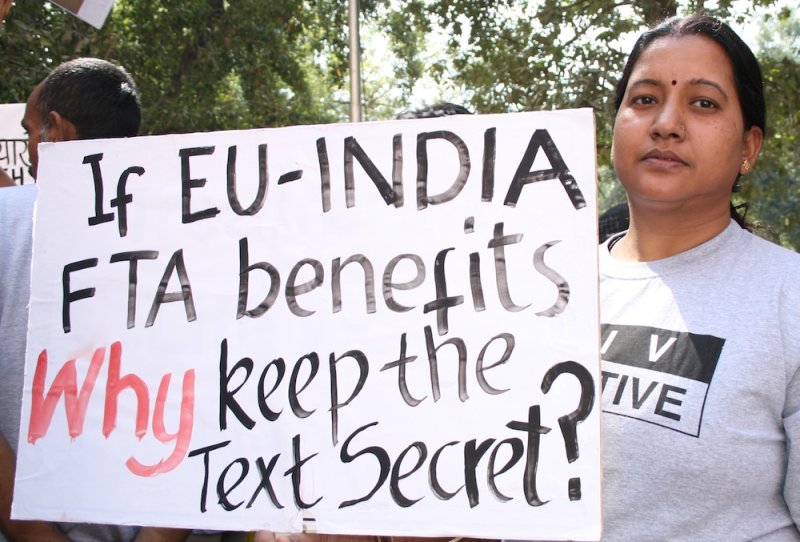 India and the European Union committed once again to restarting talks on a free trade agreement, but did not spell out a roadmap on how to break the six-year old logjam in talks.

European officials also remained sceptical about how quickly the talks could be restarted, given a number of issues, including India’s decision to cancel Bilateral Investment Treaties with 58 countries, including 22 EU countries in 2016, and the Brexit process.

“[India and the EU] underlined the necessity of having a Bilateral Trade and Investment Agreement (BTIA) and agreed to continue working towards it,” said a statement released on Saturday after a meeting of the India-EU Strategic Partnership Review, led by MEA secretary Vijay Thakur Singh and European External Action Service Deputy Secretary General EU Christian Leffler.

The renewed push for the BTIA, which includes both trade and investment, follows the government’s decision to pull out of the ASEAN-led Regional Comprehensive Economic Partnership last week.

Commerce Minister Piyush Goyal, as well as Ministry of External Affairs (MEA) officials have said that rather than the 15-nation grouping which includes China, India would like to explore FTAs with the West, including EU and the United States. Prime Minister Narendra Modi and German Chancellor Angela Merkel also pushed for the BTIA during their bilateral meeting on November 1.

Speaking to The Hindu, Pekka Haavisto, Foreign Minister of Finland, who is the EU Council President this year, however, said that the deal could take a “long, long time”.

In 2013, India and the EU suspended talks after reaching a dead end on issues such as tariff on European cars and wine, on data security, and India’s desire to include services and more visas for Indian professionals in the agreement. Since then, despite meeting several times, negotiators have not been able to even agree on the terms for restarting the talks, despite a firm announcement by Mr. Modi and the EU President at a summit in 2017.

“Unfortunately the EU-India summit keeps getting postponed, so [one] step is to have regular summits.” Mr. Haavisto said.

He also cited the ongoing Brexit process for delaying the EU’s other trade deals, but said that the EU had managed to close FTAs with China, Japan and the MERCOSUR Latin American countries.

Another major problem, he explained, was that the NDA government’s decision to cancel investment treaties had slowed interest from European companies who did not want to “risk” investing until another investment protection agreement was put in place, which could be discussed at the next EU-India summit in March 2020.