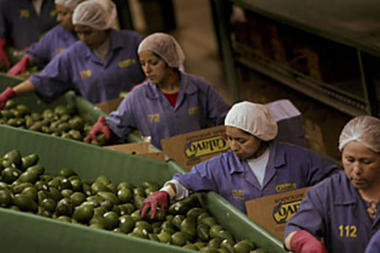 Mexico City –- Mexico’s agriculture and fishing industries called on the Senate Monday to hold off on ratifying the free trade agreement with Peru until a better deal can be negotiated.

The groups said they did not oppose the free trade agreement but asked senators to "take into account the high effects on sensitive products" that the accord would have.

Mexico and Peru signed the free trade agreement on April 6 in Lima, but the Senate must still ratify the accord.

"The agricultural industry has been the big loser in the opening of Mexico to trade, with two decades of rising trade deficits," the groups said.

Economy Secretary Bruno Ferrari, whose Cabinet department broke off talks with agricultural and fishing organizations, acted unilaterally in signing the agreement with Peru, the groups said.

Trade between Mexico and Peru amounted to $1.31 billion in 2010, according to Bank of Mexico figures, while Mexican firms have invested $3.7 billion in the Andean nation.