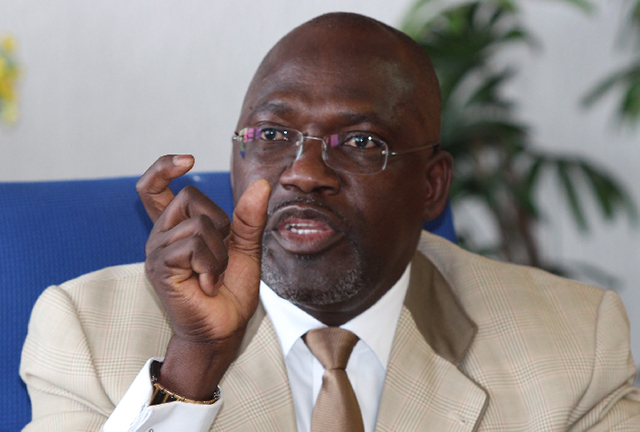 TRADE minister Tjekero Tweya has urged Turkish business people to invest in Namibia’s areas of development, as the two countries strengthen trade with each other.

The minister was speaking at the first session of the Namibia-Turkey Joint Trade and Economic Committee meeting on Tuesday.

“We have a lot to deliberate on in a short space of time, to exchange views and share information on matters of mutual interest. I am confident that the networking will produce much needed partnership and create trade and investment opportunities amongst the two countries. I am equally confident that our deliberations here will give impetus to the existing trade relations between our two countries,” he said.

The minister also expressed dissatisfaction that the trade between the two countries did not reach the expected levels.

Tweya said: “More imports from Turkey are recorded of about US$93 million (N$1,3 billion) in 2016, US$69 million (N$961,2 million) in 2017 and US$35 million (N$487,6 million) last year. Therefore, the excellent relations the two nations enjoy to date must be translated into intensified trade and investment.”

Speaking at the same event, Turkey’s health minister, Fahrettin Koca, said he was pleased to be part of these discussions as the two countries broaden their cooperation. He said in line with the meetings, the two countries will sign minutes of agreement that delve into how the two countries can deepen their trade and economic partnership.

In terms of the minutes, the two countries acknowledged that establishing a preferential regime between the two countries would be instrumental in increasing bilateral trade and investment flows, and the importance of completing the legal, economic and commercial relations.

The two countries agreed to hold exploratory talks before the end of the year on the possibility of having negotiations of a trade and economic partnership agreement.

The minutes also showed that the two countries agreed to work and develop their cooperation in specific areas, with the view to expand bilateral trade.