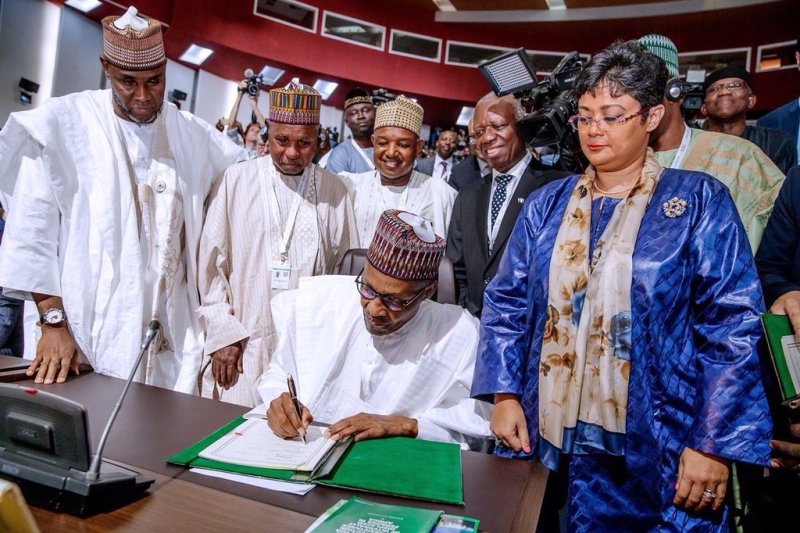 Nigeria and the implementation of the AfCFTA: Key issues and policy options

The African Continental Free Trade Area Agreement (AfCFTA) seeks to, among other things, deepen the economic integration of the African continent through the establishment of a single continental market, with the free movement of goods, services, capital and people. The AfCFTA has been globally acclaimed as a major force for economic integration and the expansion of intra-African trade. It brings together all African countries with a market of approximately 1.2 billion consumers and an estimated combined gross domestic product (GDP) of circa $3.4 trillion.

While the commencement of the AfCFTA’s operational phase calls for celebration, much work remains, as critical parts of the Agreement are yet to be completed – including countries’ schedules of tariff concessions and services commitments, negotiations on rules of origin, investment, intellectual property, competition policy, and a possible protocol on e-commerce.

Nevertheless, the Covid-19 pandemic and its attendant effect on global trade implies that it would be a key consideration when appraising the preparedness for the commencement of the implementation phase of the AfCFTA, especially in the event that the pandemic and its trade disruptions persist past the expected date of take-off of AfCFTA – 1 July 2020.

In December 2019, the government of Nigeria inaugurated the National Action Committee on the Implementation of the AfCFTA. The Committee, under the chairmanship of the honourable minister of Industry, Trade and Investment is tasked with setting out, extensively, the scope and reach of Nigeria’s strategy of aligning its trade and economic policies with extant continental integration efforts.

In terms of proposed immediate action that would unlock the AfCFTA’s immense potential in Africa’s largest economy, a labyrinth of regulatory hurdles need to be addressed and a number of enabling intertwined actions reqire to be considered by all stakeholders. Most importantly, from a trade policy perspective, the National Action Committee and the National Office of Trade Negotiations (NOTN) must take a number of strategic steps, especially against the backdrop of the global COVID-19 pandemic.

First, they must keep continental integration in focus through stakeholder engagement and communication. Granted that the idea of institutionalising an African single market is very popular on the continent and within Nigeria, protectionist sentiments abound. Consequently, the Committee must raise awareness of the AfCFTA to the general public. The objective should be to debunk the misperception that dismantling borders will equate to job losses or mass immigration into Nigeria from lower income countries in Sub-Saharan Africa.

Second, as Africa’s largest economy, Nigeria must provide leadership in the area of establishing a fair mechanism that would engender a level playing field among countries in the continent, as the AfCFTA has the most profound level of income disparity in any continental trade agreement. These economic disparities could be addressed by operationalising the special and differential treatment provisions of the Agreement, coupled with technical assistance programmes that allow least developed countries ample policy maneuvering space to fulfill their obligations under the AfCFTA, monitor progress, and establish safety nets.

Fourth, there must be concerted efforts to strengthen the role of the private sector in mainstreaming the objectives of the AfCFTA, as it is predicted that in spite of the catalytic effect of the single market on economic integration, that there would still be shortfall of 68 million jobs by 2022. Stakeholders must thus be incentivised to prioritise their private sectors, while encouraging investment in infrastructure, technology, power, and agribusiness.

Fifth, there must be a cohesive strategy for crowding-in the informal sector and shadow economy, given that the informal sector represents more than 66 per cent of total employment in sub-Saharan Africa. Reducing government bureaucracies, improving fiscal policies and accountability, and providing training, technology, and access to financial services will empower start-ups to get out of the informal sector, access the gains of the African Single Market, and, as a result, increase government revenues.

Six, there must be sufficient flexibility for Rules-of-Origin (RoO) provisions, with a view to enabling SMEs within Nigeria to take advantage of AfCFTA preferential tariffs. Complicated and stringent RoO could risk straining the institutional capacities of entities that are ill-equipped to manage complicated RoO, especially in the context of porous borders. While comprehensive RoO harmonisation may not be feasible in the short term, the Committee should ensure, at a minimum, that the RoO within the context of the AfCFTA, are built upon existing regimes in regional economic communities (RECs).

Seventh, they must figure out a creative and sustainable means of financing the provision of technical assistance that would facilitate seamless implementation of the Agreement and the outstanding Phase II negotiations. A number of key questions regarding scope and objective must be clarified by the Committee, especially for the private sector and civil society.

Eighth, they must clarify the numerous ambiguities currently present in the AfCFTA Agreement. This can be done by creating a roadmap of the remaining unknowns. For example, what will happen to the proposed single customs unions of RECs, if not all members ratify/sign the AfCFTA and how would the dispute settlement mechanism work?

Finally, although the COVID-19 pandemic poses a threat to the commencement of the implementation phase of the AfCFTA, there may be a silver lining, as the lull provides much needed time for reflection on the real potentials of the AfCFTA. The pandemic has, for instance, elucidated the critical importance of and opportunities within the digital economy for Africa’s shared prosperity.

Nigeria as Africa’s largest economy must take the driver’s seat of the AfCFTA negotiations in a post-COVID-19 single market. Nigeria’s trade and industrial priorities should be embedded in the ongoing dialogue for AfCFTA implementation strategies in order to have these reflected in the Phase II negotiations on intellectual property, competition policy and investment and the proposed Phase III negotiations on e-commerce.