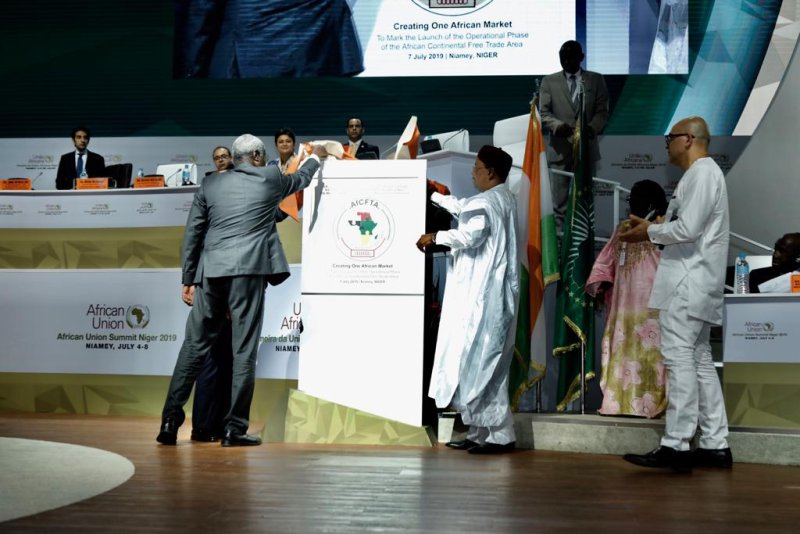 ‘No African nation yet to meet AfCFTA requirements’

The Chartered Institute of Arbitrators (CIArb), yesterday, said no nation had met the requirements for the implementation of the African Continental Free Trade Agreement (AfCFTA), despite the political will to get the pact ratified in good time.

The disclosure was contained in a communiqué jointly signed by the Nigeria branch chairman, Tunde Busari (SAN), and the conference organising’s chairman, Yakubu Maikyau (SAN), at the end of the yearly conference of the institute which held virtually.

They noted that with the coming of AfCFTA, Nigerian and African practitioners were on the verge of being relevant globally, adding that this could only be achieved by expanding frontiers of practice and knowledge base beyond the Nigerian context.

The institute said considering the urgency of uniformity of rules on the continent, the AfCFTA dispute resolution mechanisms should be tested by compliant-states.

The arbitrators suggested that parties in cross-border transactions should automatically submit to the regulations to ensure domestication of disputes by the signatories.

CIArb, therefore, called on the African nations to work for a predictable, independent, and effective dispute resolution system, suggesting a regional court of arbitration.

“The AfCFTA dispute resolution mechanisms should involve a regional centre to raise predictability, harmony, and confidence for state parties to willingly submit and utilise them for purposes of making Africa an arbitration-friendly seat,” it observed.

“Neo-colonialism and shadow interests are evident from the rules of arbitral institutions, which favour multi-nationals and enshrine the cycle of poverty in Africa.

“African states and parties should focus on creating and mainstreaming Afro-centric approaches to dispute resolution. This is especially important for those in policy-making positions in our governments.

“The AfCFTA provides an opportunity for African states to refocus the arbitration global framework by removing structures that project a neo-colonial bias, focusing on capacity building in terms of our negotiating power and capacity of our arbitration practitioners.”

“The regional institutions play a big role in influencing legislative framework and policies that ensure the use of indigenous practitioners, diversity, and inclusion of young lawyers,” the arbitrators added.