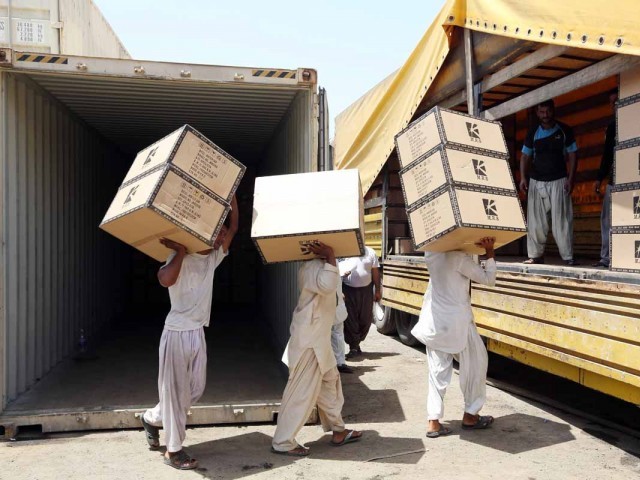 Pakistan and Thailand are in a process of finalising offer lists on 200 priority items under a proposed bilateral free trade agreement, it was learnt on Thursday.

Pakistan and Thailand are negotiating free trade agreement to increase market access. Nine rounds of negotiations have been held to date, according to ministry of commerce.

Businessmen cautioned the government against agreement on unrealistic terms with Thailand, which is an export-oriented economy and a thriving manufacturing sector. Pakistan, on the other hand, is facing de-industrialisation.

“Pakistan needs to safeguard its manufacturing jobs. A country of 207 million can ill-afford to out-source jobs especially in the low-end of the manufacturing sector. An FTA with Thailand, or for that matter with any country, should only be signed if it leads to incremental jobs, exports and additional revenue for the government,” the Pakistan Business Council (PBC) said in a report.

The PBC estimated that Pakistan would import an additional $35 worth of goods from Thailand against every $1 worth of exports to Thailand in case both the countries dropped all bilateral tariffs.

The idea of a free trade agreement between Pakistan and Thailand was floated in early 2013. In 2016, Pakistan exported goods worth $20.53 billion whereas Thailand’s exports during the same period were $213.59 billion.

The ministry of commerce said Pakistan and China have implemented second phase of free trade agreement, covering over $8.7 billion of former’s exports and $64 billion of Chinese imports.

Pakistan gained immediate market access on 313 items of its prime export interest at par with the Association of Southeast Asian Nations, according to an official document.

Two countries were expected to make the FTA-II effective from earlier this year. But, the coronavirus pandemic upended the global economic system.

The China-Pakistan FTA-II was signed in April last year and under that Pakistan secured enhanced and deeper concessions on products of its export interests, revision of safeguards mechanism for protection of the domestic industry, inclusion of the balance of payment clause as a safety valve against balance of payments difficulties, and effective enforcement of the electronic data exchange.

The document said the implementation of phase-II of the China-Pakistan FTA “is a significant feat for Pakistan.”

China agreed on 90 percent liberalisation for Pakistan in terms of its trade volume. Under the complete offer from China, over $19 billion of Pakistan’s exports will be covered corresponding to $1.6 trillion of China’s global imports.

The phase-II is also characterised by more robust safeguard measures, inclusion of balance of payment clause and electronic data exchange to curb under-invoicing and mis-declaration of goods.

Pakistan also gained unilateral market access on 20 top priority tariff lines at zero duty from Indonesia. This was in addition to concession received on 232 tariff lines under preferential trade agreement with Indonesia.

The tariff lines constitute $4 billion of Pakistan’s global exports and cover over $600 million of Indonesia’s global imports. Concessions on the tariff lines have come into effect from March 2019.